Definition of a Budget Surplus:

A budget surplus is the amount that an individual’s, company’s, or government’s income exceeds its spending.

The added revenue can be spent, invested, or used to pay down a debt. Families may spend the money on an item it needs or a luxury. They may also invest the money in a savings account, stocks, or perhaps real estate. Another option is to pay down a debt such as a mortgage, car loan or credit card. Businesses may pay their employees bonuses, their shareholders dividends, or invest in an income generating asset such as new equipment or factory.

Governments may spend a surplus on a program. They also can invest a surplus – perhaps in infrastructure improvements, education, or other areas that further the country’s economic growth. Any surplus that is not spent is used to pay down the national debt. Governments have another option – reducing taxes. Families or businesses normally do not consider reducing their income when blessed with a surplus (although an individual may consider cutting back on working in favor of leisure).

Since 1970, the United States has had a budget surplus in only four years, 1998 through 2001. The graph below clearly illustrates how uncommon a surplus is and the exponential growth in public expenditures and the rising deficits. 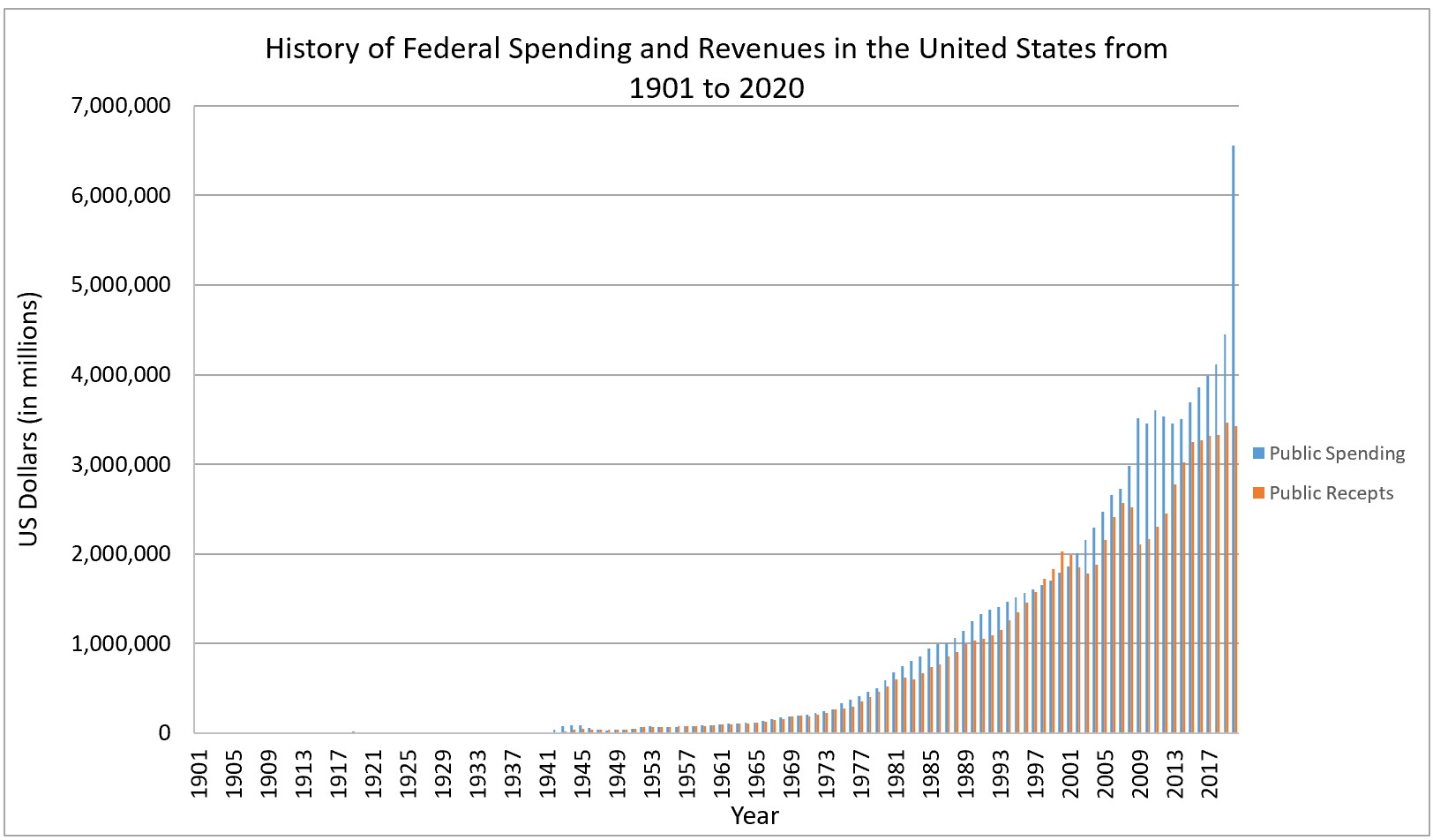