Definition of a Deadweight Loss:

A deadweight loss is the loss of economic efficiency that occurs when the marginal benefit does not equal the marginal cost resulting from a regulation, tax, subsidy, externality, or monopolistic pricing. 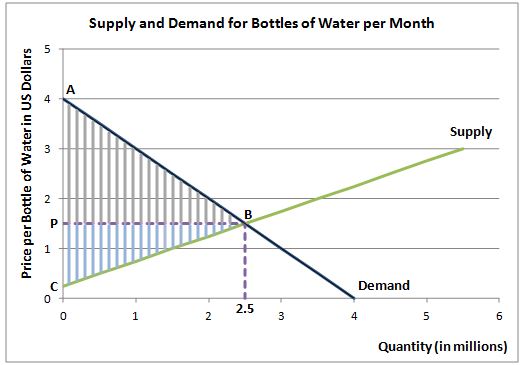 Economists refer to this loss as a deadweight loss. A loss of efficiency from overproduction means that too many resources have been allocated to the production. When there is a shortage, society would like more resources allocated to produce a good or service. Deadweight loss is a measure of the efficiency lost from production levels that are less than or more than society’s optimal production level (as defined by where the supply and demand curves intersect). Deadweight loss can be measured by the reduction in consumer and producer surpluses. In other words, at quantities less than the optimal, suppliers are “leaving some money on the table” by not producing the amount society would be willing to purchase, so there is a loss to producers. Consumers are paying more than they would need to so they too lose. When more is produced than is socially desirable, higher-cost producers lose money, so there is a loss of producer surplus, while consumers pay more than they need to at the larger quantity. 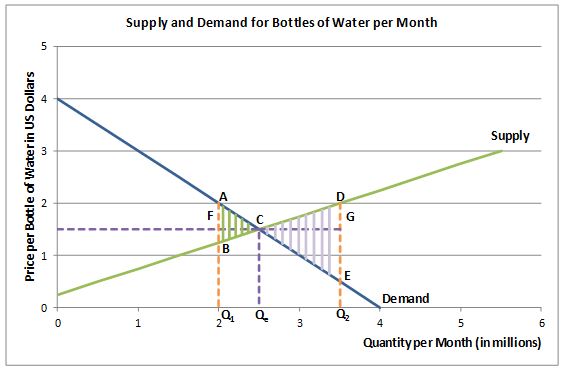 Government policies such as the minimum wage result in a surplus of workers. The social cost is the increase in unemployment because the minimum wage exceeds the equilibrium wage. Rent control causes a shortage of housing because the lower than market rent increases the number of families seeking housing while reducing the number of investors willing to provide rental units. The deadweight loss is the social cost resulting from the shortage of housing.