Definition of an Entitlement:

An entitlement is a benefit provided to eligible individuals. The rules of eligibility are normally established by law. In the United States, the largest entitlements are Social Security, Medicare, and Medicaid.

The word “entitle” means having a right to. Entitlements are government payments that individuals and businesses feel they have a right to because they meet certain requirements. Mandatory spending is for budget items that require an act of Congress to change. Mandatory spending currently accounts for nearly two-thirds of all federal government expenditures. 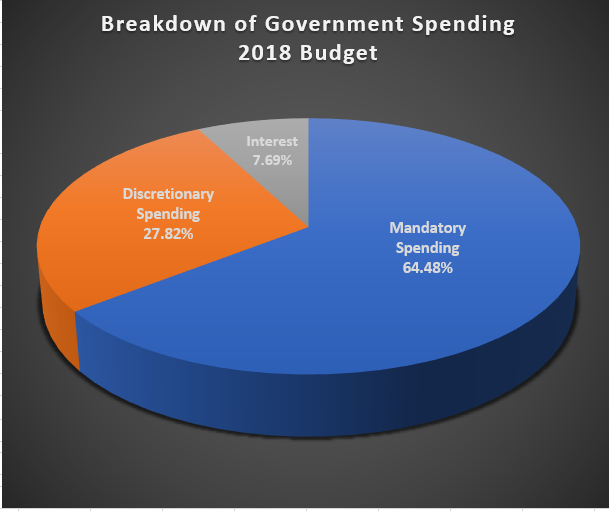 Most economists and politicians believe the national debt is rising too quickly, but differ on how it should be reduced. Increasing taxes is politically unpopular and slows economic growth. In theory, Congress could cut spending rather than increase taxes. But what should they cut? Remember an act of Congress is required to cut mandatory spending. Assume the government passes a law that reduces entitlements such as Social Security – reducing payments to formerly entitled citizens when they needed them most. Imagine the public outcry! It is hard to imagine Congress passing such a law. 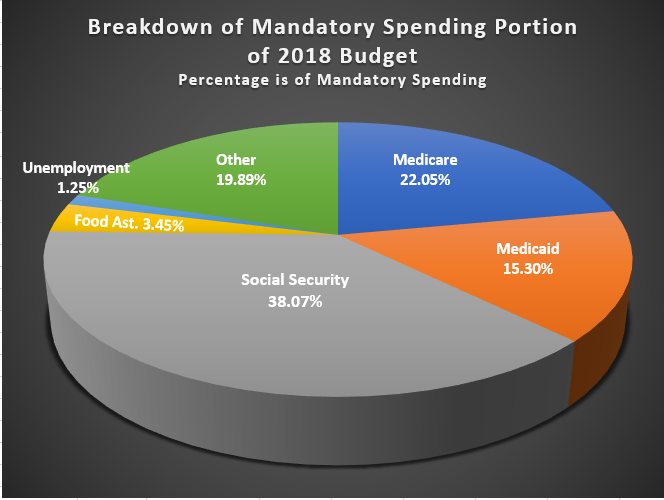 Alexis de Tocqueville was a French historian who wrote extensively about the American political system in the early 1800s. He wrote, “The American Republic will endure until the day Congress discovers that it can bribe the public with the public's money.”  It is easier for politicians to give than to take away. They “give” entitlements like Social Security or medical assistance. They may “give” tax reductions. They “take away” money when they increase taxes or discontinue a project or program that people like. Most countries have budget deficits because it is easier for their politicians to be reelected by promising to give rather than promising to take. This explains the continuing growth in the federal budget, the popularity of deficit spending, and the mounting public debt.