The Federal Deposit Insurance Corporation (FDIC) insures deposits up to $250,000 in member banks. The FDIC was established in 1933 following many bank runs during the Great Depression. It is an independent agency.

The health of the banking industry and economy depends on depositors remaining confident that their money is safe and they can access it whenever they want to. Bank runs may result if depositors lose faith in their banking system. Fortunately, safeguards have been implemented to build confidence by insuring deposits in most countries. In the United States, the Federal Deposit Insurance Corporation (FDIC) insures deposits up to $250,000 per account in member banks. The FDIC's primary objective is to maintain confidence in the US banking system and prevent panics such as occurred during the Great Depression.

Prior to the creation of the FDIC most deposits were not insured. Some states insured deposits, but during the Depression most could not cover the losses. Depositors lost $1.3 billion between 1930 and 1933. The FDIC was created as part of the Banking Act of 1933. Initially deposits were covered up to $2,500. Only nine insured banks failed in 1934 following the issuing of FDIC insurance. 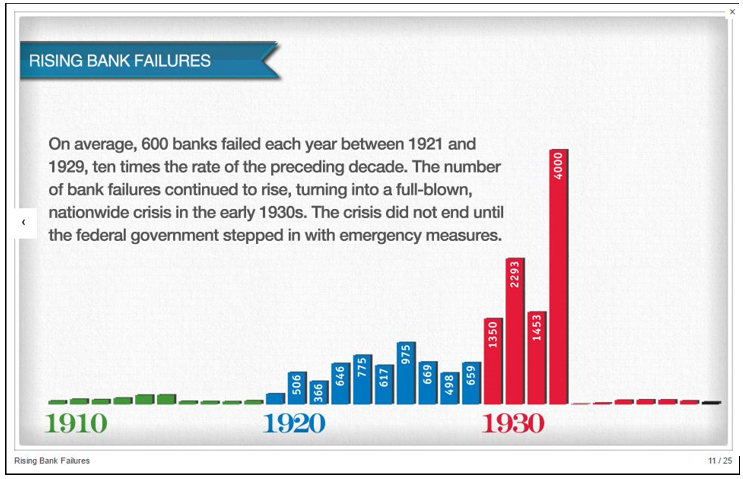 In addition, the FDIC examines insured financial institutions and manages banks in the event of insolvency. Use FDIC’s web calculator to determine if your deposits are insured.
FDIC Calculator