The Federal Reserve System, more commonly referred to as the Fed, is the central bank of the United States. It is responsible for establishing and implementing a monetary policy aimed at maximizing employment while maintaining stable prices. It oversees the banking system and acts as the Federal Government’s bank.

Congress passed the Federal Reserve Act in 1913 following the panic of 1907. Prior to 1913, the United States did not have a central bank. (The Second National Bank’s charter expired in 1836.) Today, approximately 38 percent (3,000) of the nation’s commercial banks are members of the Federal Reserve System. All national banks must be members.

The Federal Reserve has four primary responsibilities: to guard the safety of the banking industry, to use monetary policy to manage the economy, to provide financial services to its member banks, and to act as fiscal agents for the US government. The roles and tools of the Fed are summarized in the table below. 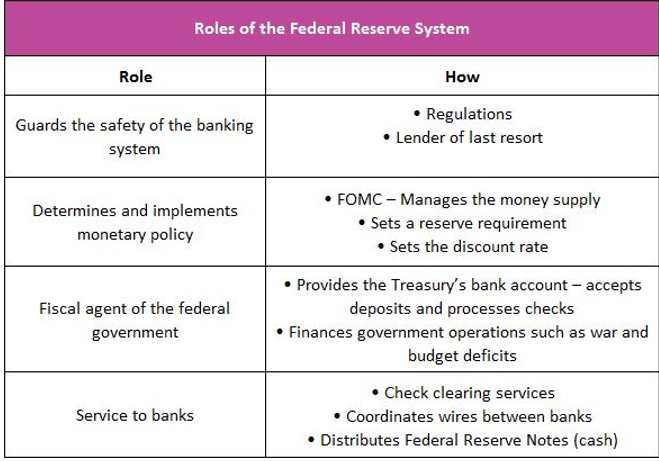