Gross national product (GNP) is the market value of all final goods and services produced by the companies of a country in a specific period.

C is consumer spending, I is private investment, G is government expenditures, NX equals net exports, OI is income residents earn outside the country, and FI equals income earned by foreign companies inside the country. Contrast GNP with the gross domestic product (GDP). Gross domestic product is the market value of all final goods and services produced within a country in a specified period of time. In this case, BMW ® automobiles produced in the United States would be included in GDP, but not GNP. Nike ® shoes produced in China would be not be included in the US GDP. They would be included in China’s GDP.

The formula for GDP is….

Therefore, GNP is equal to…

GNP differs from GDP by adding in any income from a country’s foreign interests but subtracts domestic production by foreign companies. The diagram below illustrates the difference between GNP and GDP. 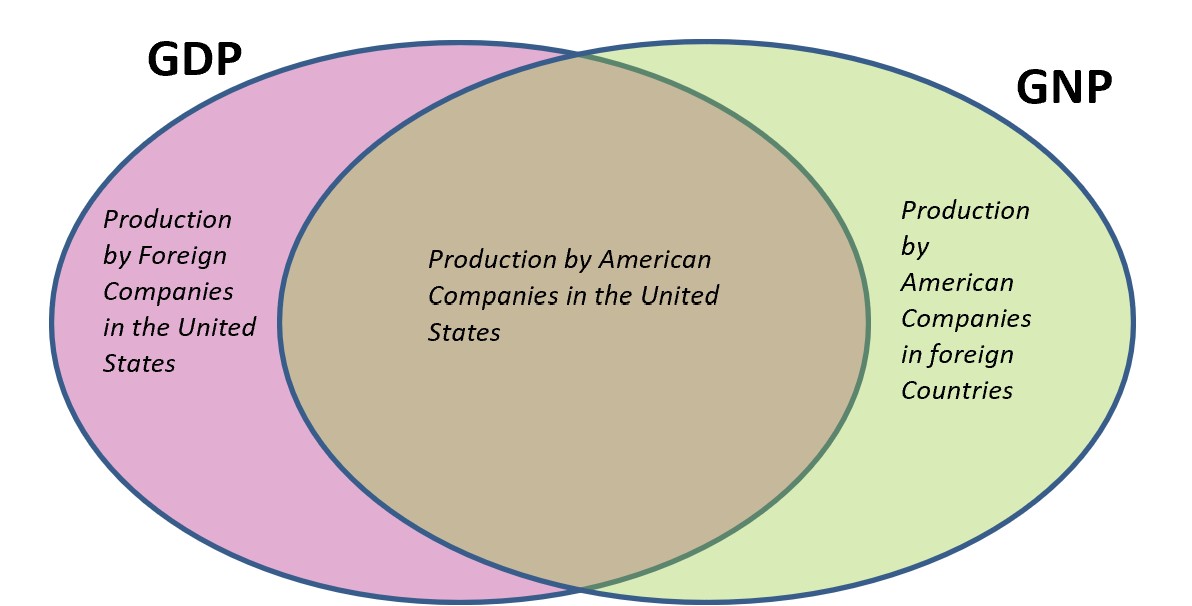