An indifference curve is a graph showing combinations of two items that yield the same utility or satisfaction.

Suppose Amy’s choices of entertainment are only attending ball games and dining out. She currently goes to three games and eats out seven times a month. A friend asks her if she would prefer going to eight games if that meant she could only eat out four times. Amy’s response was. “I don’t care. I am indifferent.” These two points, X (3,7) and Y (8,4) are on Amy’s indifference curve, I1, which is plotted below. Any combination of games and meals that are on this indifference curve yields the same level of satisfaction. 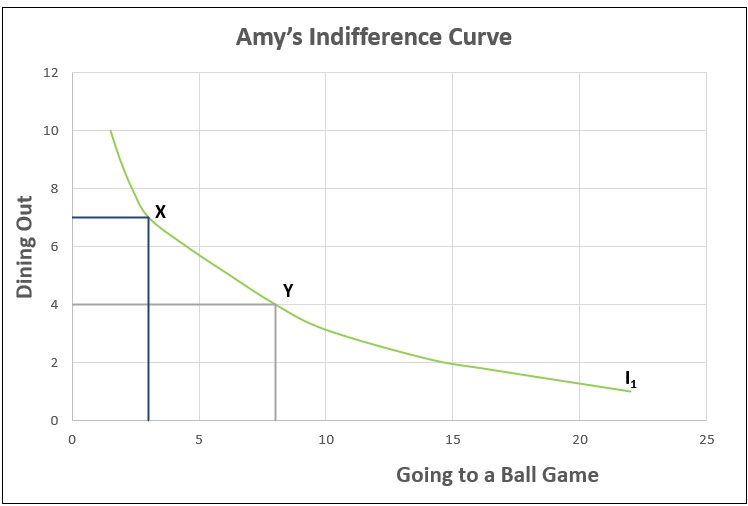 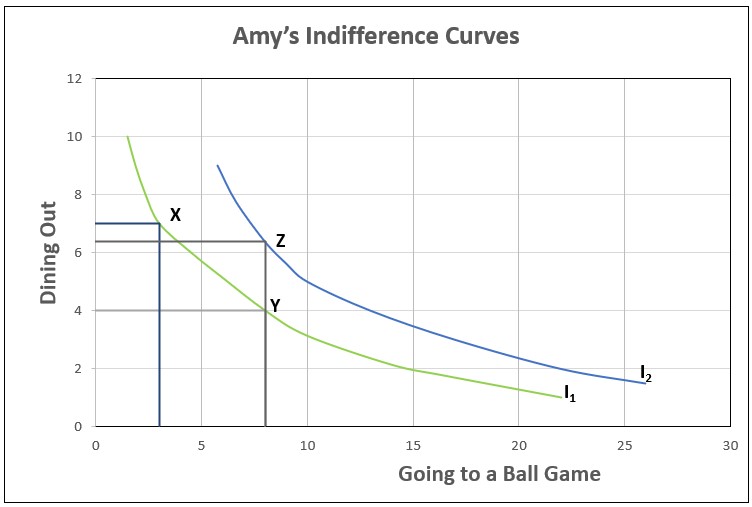 What combination of games and eating out would be the most satisfying for Amy? That would depend on the relative prices of the two items. Assume Amy’s budget is $100 a month. Games cost $10, and Amy spends an average of $10 per meal when she dines out. Point Y is not plausible because Amy would spend $120. Graph 3 includes a budget constraint line (BL1). Any point on BL1 is a possible combination that Amy could choose while remaining within her budget. The X-intercept assumes Amy spends her entire budget going to ball games. She could afford to attend ten games, but she would not be able to go out to eat. At the other extreme, Amy could go out to eat ten times and not attend any games. The point (0,10) is the y-intercept. 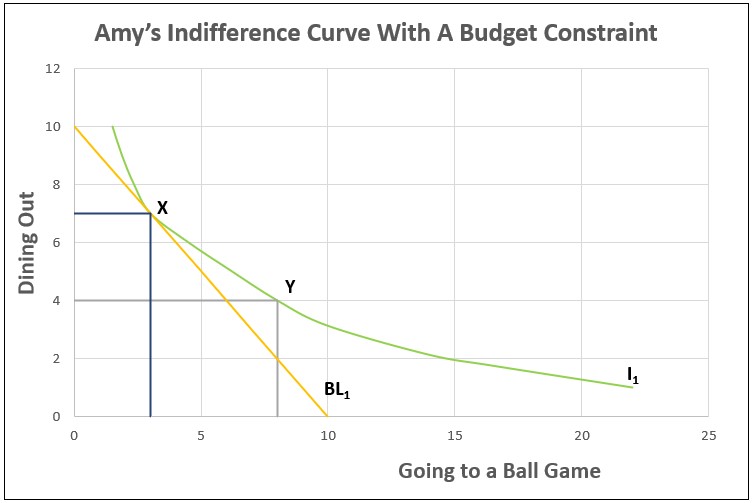 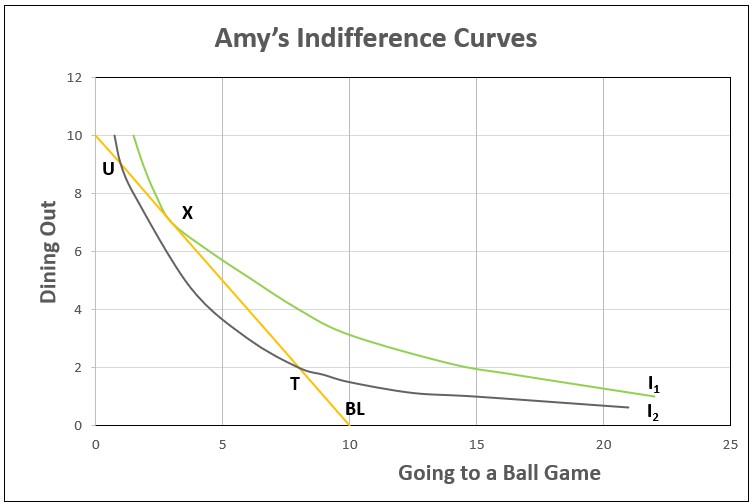