Definition of an Inferior Good:

When your income decreases, do you purchase more of a particular good or service? Perhaps you would buy second-hand clothes at a thrift store, or, if you needed a car, you would buy a used car rather than a new car. Maybe you would take a bus, instead of hailing a taxi. Second-hand clothes and used cars are examples of inferior goods. Using a bus is an example of an inferior service if you would prefer to use a taxi. Note that “inferior” does not refer to the quality of the good. Instead, economists use inferior to describe the relationship between the demand for a good and a change in a consumer’s income. 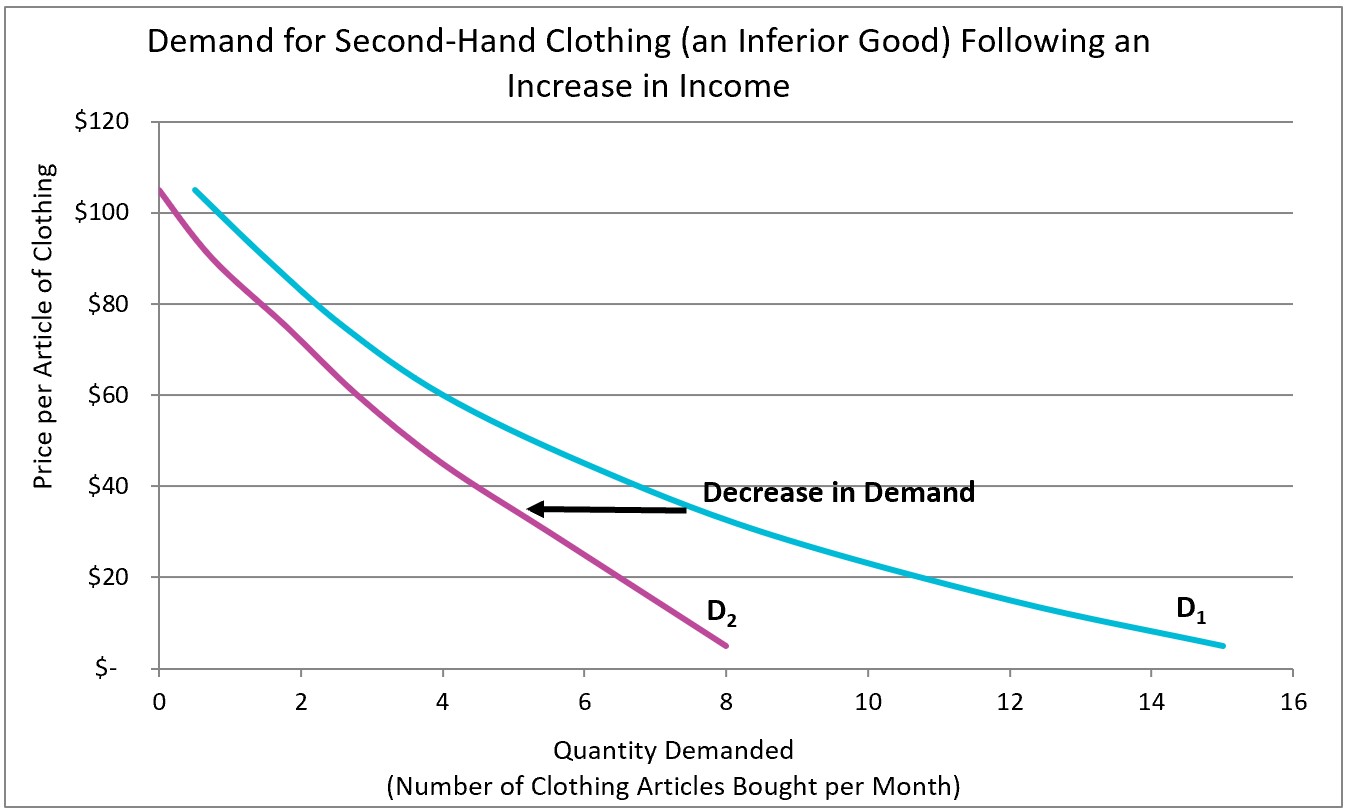