The inflation rate is the annual rate of change in the general price level of an economy. 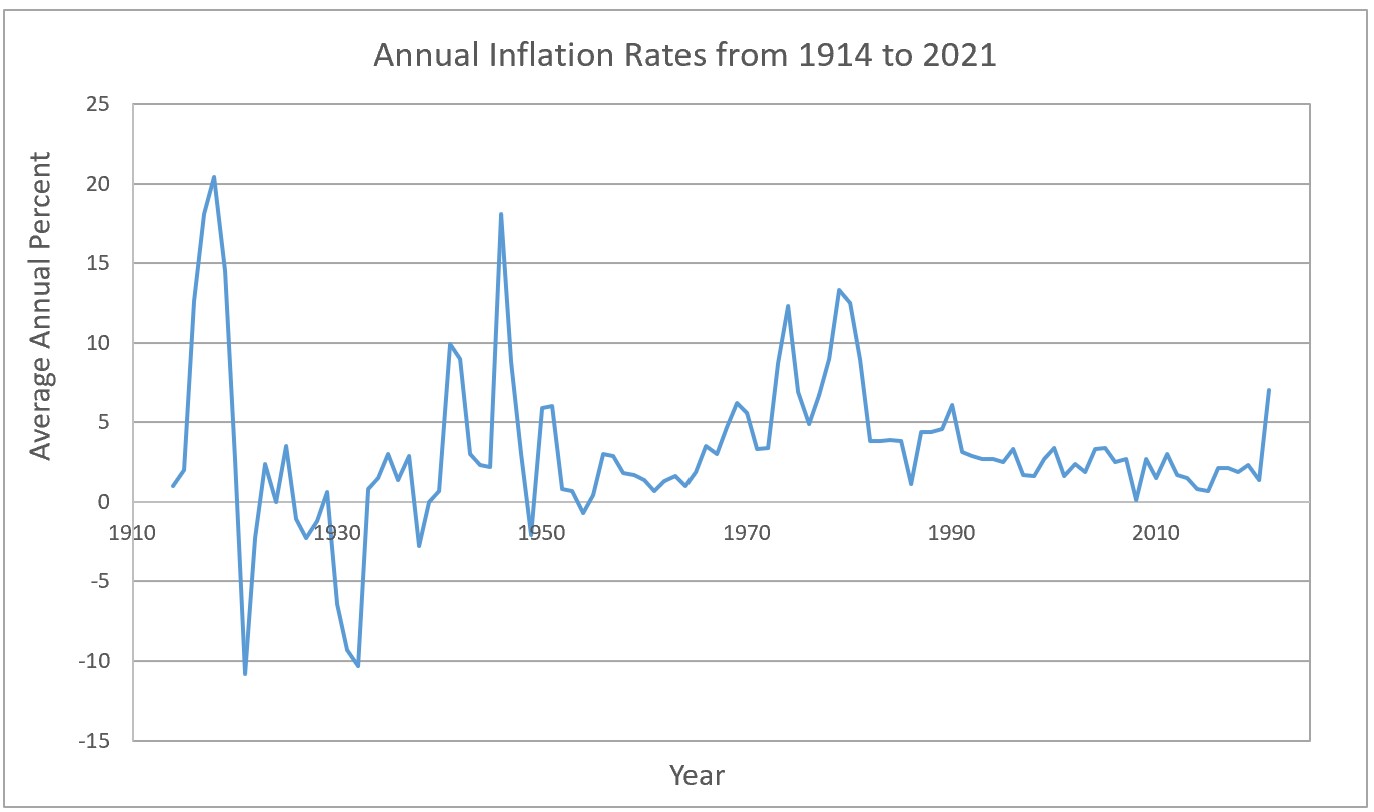 Calculating the inflation rate is theoretically simple, but in reality, the task is daunting. The prices of one period are compared to the prices of another period. The change in the average price is the inflation rate. But what items and what prices are used to get a good sample? The government uses “imaginary” market baskets. The market basket contains a standard set of goods and services commonly purchased by consumers. This is used to track changes in the cost of living for the average household over an extended period. The costs of the identical market baskets from different periods are compared. The inflation rate is the percentage change in the total cost of the two baskets. Massachusetts tracked inflation to adjust pay for soldiers during the Revolutionary War. The first basket included five bushels of corn, 68 4/7 pounds of beef, ten pounds of wool, and 16 pounds of leather. This would certainly not be a basket of goods commonly purchased by consumers today!

A distinction between inflation and an index that measures inflation such as the CPI or PPI is that inflation is for the economy as a whole, whereas indexes measure inflation for a specific group. Indexes are useful when evaluating how a particular group has been affected by inflation.

After the cost of different market baskets is determined, the CPI can be calculated. A base year is chosen and given a value of 100. This way, the percentage change in prices since the base year can simply be calculated by subtracting the new index from 100. The base year is the year to which all prices will be compared. Any year can be chosen. The formula is:

CPI= Price of Market Basket in Given Yearx 100

Price of Market Basket in Base Year

The CPI is also used to quickly calculate the inflation rate between any two years without determining the cost of a market basket using the formula: