Market share is the percentage of industry sales of a good or service that is earned by a company. For example, assume the cereal industry is a $10 billion market and one company has sales of $3 billion. The company has a market share of 30 percent.

For example, assume the robotics industry has four companies: Company A, Company B, Company C, and Company D. Assume the industry has $16 billion in sales, annually. Each company has sales of $4 billion, which means all the companies have a market share of 25 percent, as shown on the pie chart below. 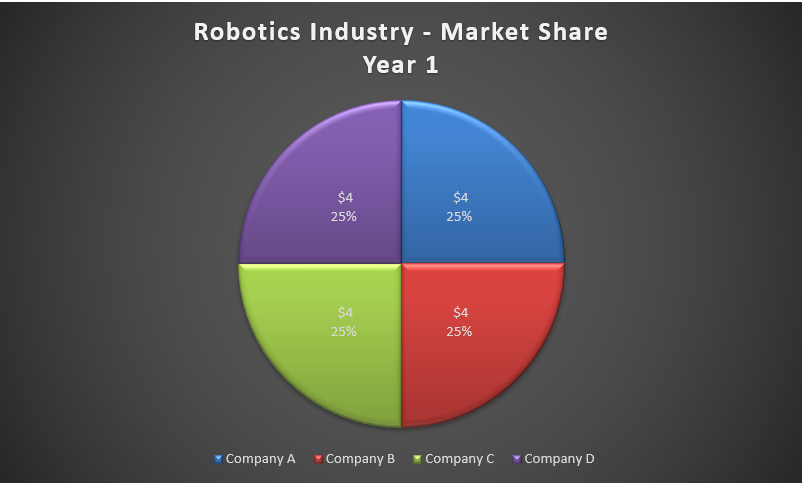 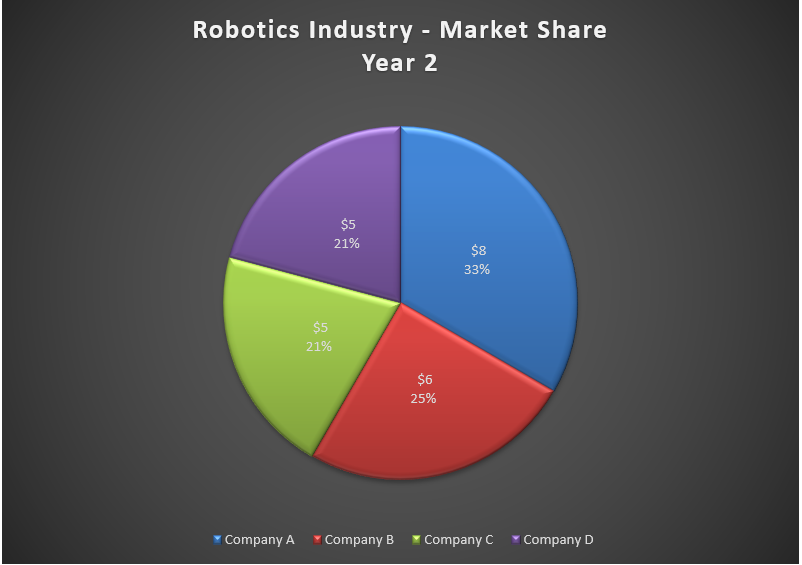 Investors and management would like to know how much of Company A’s growth is attributable to industrial growth and how much resulted from more aggressive marketing. Each company’s sales would have increased by $2 billion if they shared in the growth equally. Since Company A’s sales increased $4 billion we can conclude that $2 billion resulted from its added marketing efforts. What is gained in market share by one company must be lost by another. What caused the decline in Company C and D’s market shares? Perhaps fewer first-time robotic buyers patronized these companies. Or, some robotics buyers may have switched from C or D to B or A.

Economists and financial analysts use market share to measure the concentration of an industry. A high concentration enables an industry to have more economic power in setting its prices. Monopolies have a market share of 100 percent because by definition there is only one provider of a good or service. Government officials usually believe a monopoly's market power is sufficient to warrant regulation. Industries, where the market share of the four largest companies is equal to or greater than 40 percent, are considered oligopolies. Oligopolies compete fiercely to gain market share. Even the largest companies in a perfectly competitive industry have very low market shares. They have no control of the market. These companies are price takers because they are too small to influence the price of a good or service.