The national debt is the balance a government owes on money borrowed from individuals, companies, and other governments.

The graph below illustrates the alarming increase in the national debt since 1993. Visit the USA Debt Clock to see the current national debt in the United States. 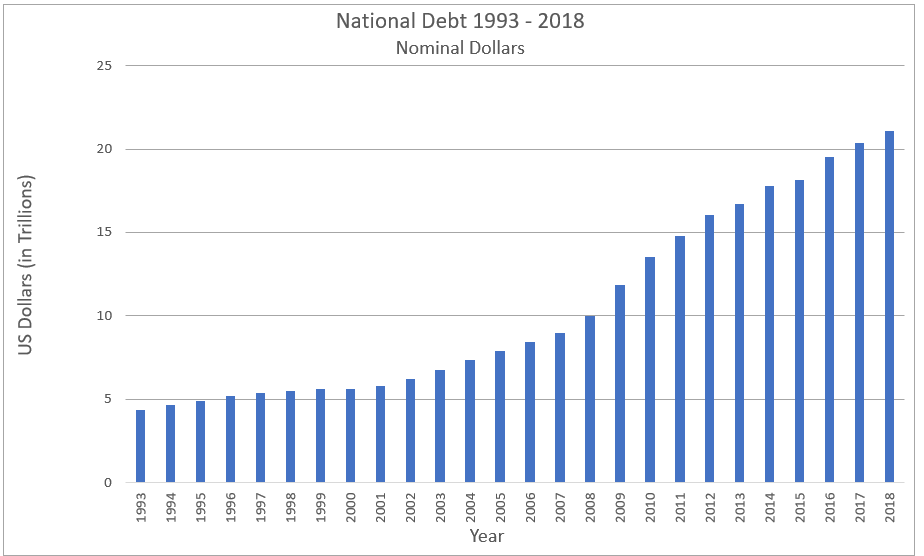 To adjust for inflation the graph below is in 2009 dollars. 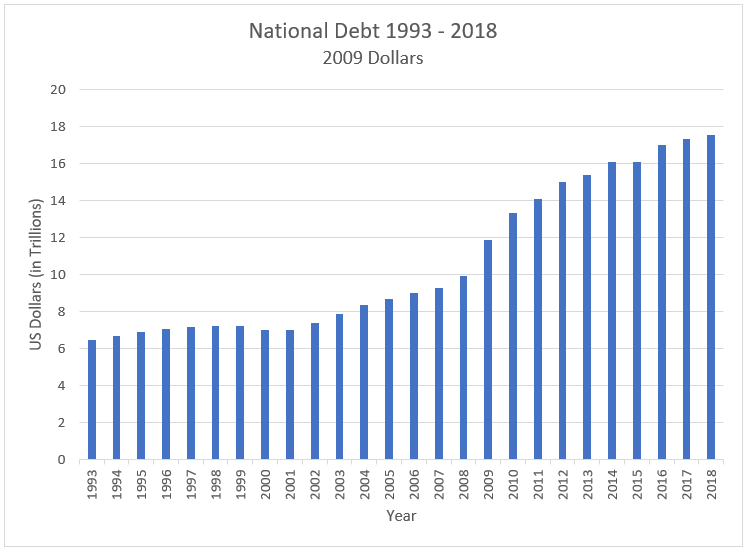 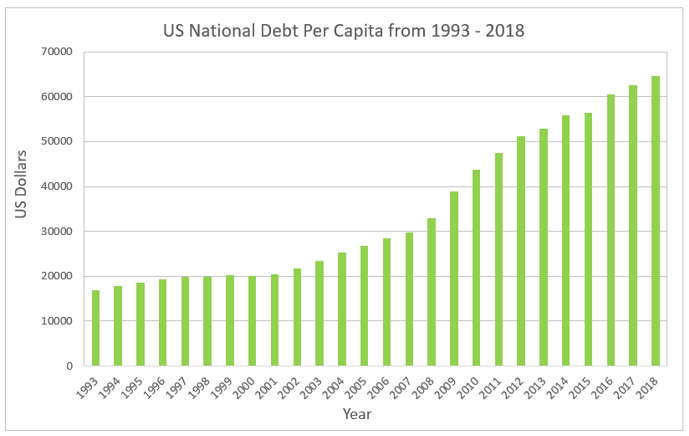 The US Congress establishes a debt limit, which sets the maximum the US government is authorized to borrow to meet its existing obligations. (US Treasury) As recently as 2011 and 2013 the debt ceiling was breached, forcing the Treasury to take “extraordinary measures” to avoid defaulting on the country’s obligations. Many government services were suspended until an agreement was reached. If the debt ceiling had not been increased, the Treasury may have cut many payments the public depends on including Social Security. Some leaders even mentioned defaulting on the debt, which sent shock waves throughout the financial world. The US credit rating was downgraded for the first time in US history. Shortly thereafter, the Dow Jones Industrial Average plummeted 635 points. Eventually, an agreement was reached to suspend the debt limit until President Obama left office.