A business cycle is the upward and downward movements of economic output over time. It has four phases. An economy is expanding when its output is increasing. Eventually, an expansion reaches its peak, where the expansion ends, and output begins to decrease. The economy has entered a recession or contraction. Usually, growth begins to slow late in an expansion, and inflation begins. Companies are near or exceed their capacity. Unemployment is low, but hiring has begun to slow. Economists sometimes refer to the economy as being “tired.” The output begins to slow. A peak is reached when the economy’s output stabilizes, just before declining and begins a recession. Eventually, the recession ends at a trough.

The graph illustrates two business cycles. Output is measured using the economy’s gross domestic product after being adjusted for inflation. Time appears on the horizontal axis. 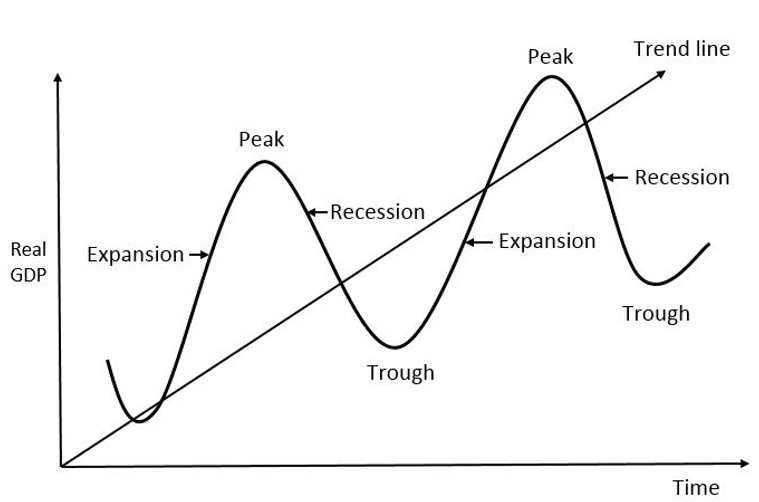