Definition of Per Capita GDP:

Per capita means per person, so the per capita GDP is the average amount each person contributes to a population’s gross domestic product. 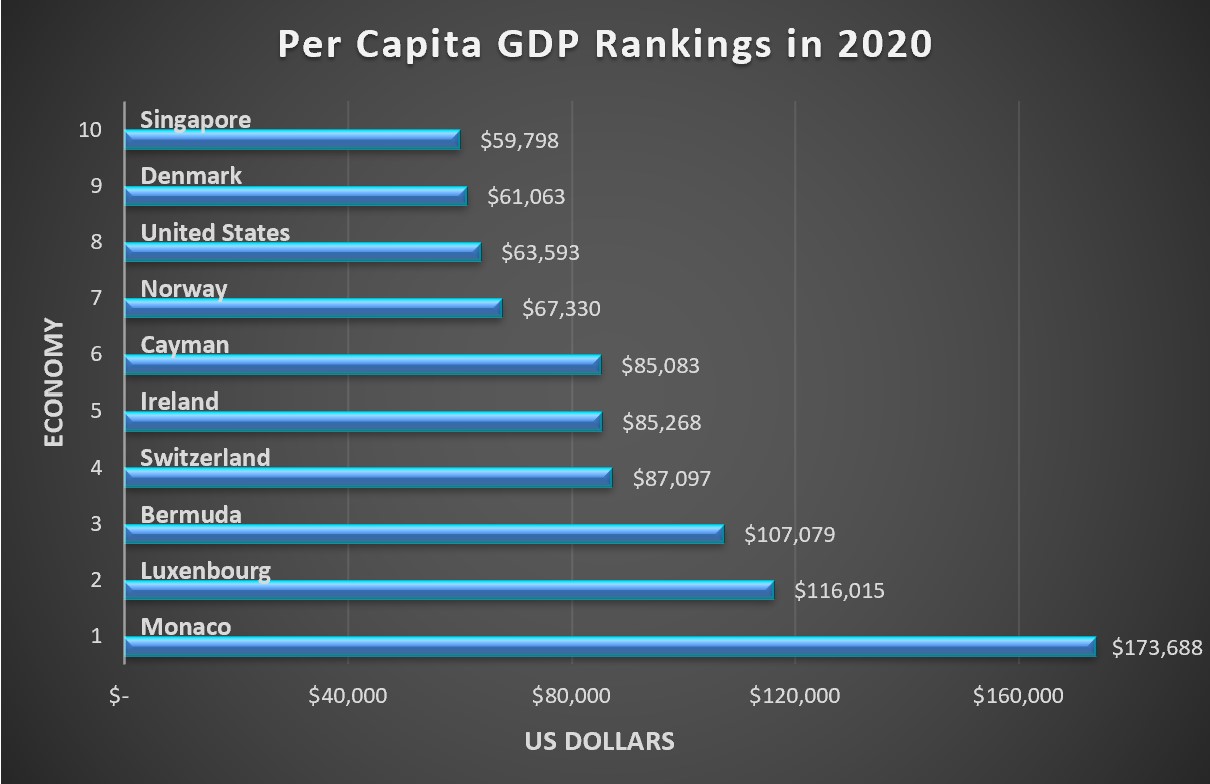 As we already know, the standard of living considers other variables that determine the quality of life. Generally, a person’s standard of living will correlate positively with their income level, which can lead some people to erroneously associate wealth with happiness. This common belief about the relationship between income and personal satisfaction may skew how the average person interprets GDP and per capita GDP.

Per capita GDP reveals the average income of a population and is sometimes viewed as a country’s standard of living, but some nations have a high concentration of wealth. In other words, there are a few very wealthy individuals and a much greater population of poverty-stricken families. An economy with concentrated wealth may have a per capita GDP equal to an economy with more evenly distributed wealth. In spite of this, the standard of living and economic health of the economy with a higher concentration of wealth would be lower than the country with the more evenly distributed wealth. Income distribution contributes to the overall standard of living because more of the citizens share in their economy’s prosperity.