The prisoner’s dilemma is an example used in game theory to illustrate how two decision-makers can rationally make a decision that leaves them worse off when the decisions are made independently and simultaneously.

Game theory is a branch of mathematics that analyzes decision-making when a player’s outcome—and level of satisfaction-- is influenced by decisions made by other players. Many of the choices we make every day are influenced by the decisions made by others. In some cases, we can behave rationally, and reach a decision that is not the best outcome. The prisoner’s dilemma is frequently used to illustrate this possibility.

Suppose Skysha and Christina have collaborated in two crimes. The police have enough evidence to convict them of one crime, but not enough to prosecute the second crime without a confession from either party. Obviously, Skysha and Christina want to minimize their time in prison. In the classic prisoner’s dilemma example, the two criminals are questioned by the police separately. The interrogator’s strategy is to get at least one of them to confess to the second crime by negotiating a plea bargain. Each prisoner is offered a lighter sentence if she confesses. Unfortunately for the prisoners, they are unable to corroborate because they are interrogated separately so they must decide independently whether to deny or confess to committing the second crime. 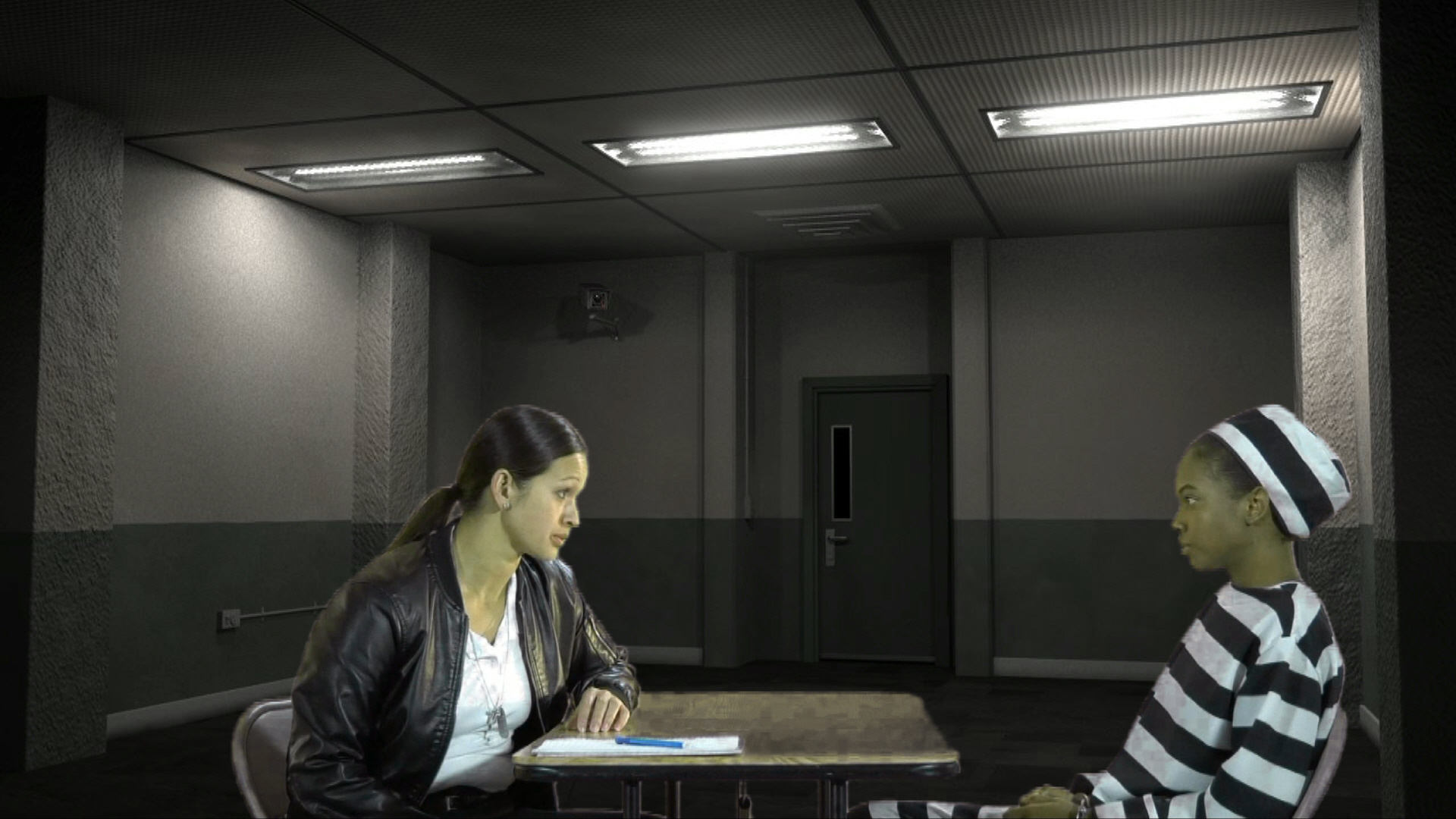 The four possible outcomes are listed below, and Table 1 provides the years each prisoner would serve in each scenario. 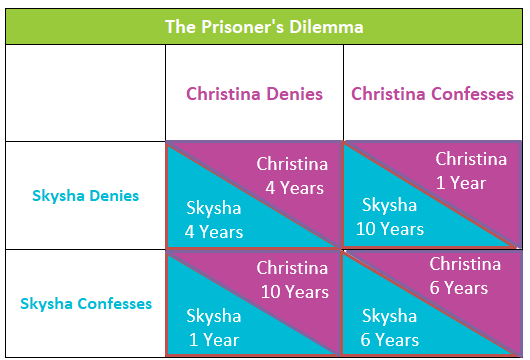 How much does each trust the other? Would either Skysha or Christina try to reduce their sentence by confessing? The tables below identify each prisoner’s most likely decision.

Let’s first consider Skysha’s perspective. Suppose Skysha believes Christina will deny involvement in the second crime. Skysha's sentences are provided in blue under the column “Christina Denies”. Skysha will confess because she prefers serving one year in prison to four. The second column provides Skysha’s sentences if Christina confesses, so if she thinks Christina will confess, Skysha will still confess because being incarcerated for six years is better than ten. Regardless of what Christina does, it is in Skysha’s best interest to confess to committing the second crime. This is called a dominant strategy. A dominant strategy is a strategy that always leads to the best payoff for a player, no matter what the other players do. A rational player will always play her dominant strategy. In this game, Skysha’s dominant strategy is to confess. These outcomes are circled in Table 2. 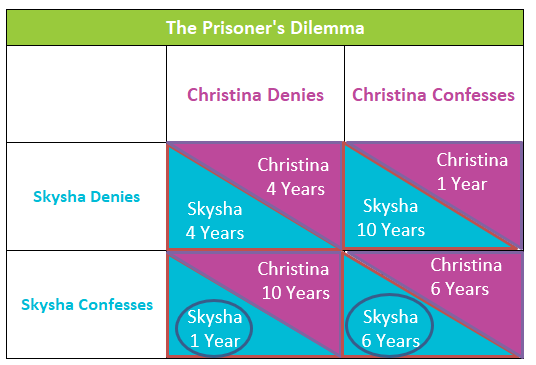 Does Christina also have a dominant strategy? If Christina believes Skysha will deny involvement, then Christina should consider the outcomes in the first row. Christina should confess in order to reduce her sentence from four years to one year. Christina should also confess if Christina thinks Skysha will deny, because she, like Skysha, would prefer serving six years to ten years. Therefore, Christina’s dominant strategy is also confessing. Using the payoff table, we conclude that both criminals will always confess to the crime, regardless of what they believe their partner will do, resulting in each spending six years in prison. Christina’s decisions are circled in Table 3. 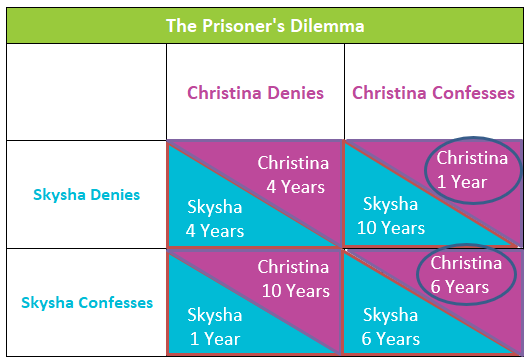 Why don’t Skysha and Christina deny the second crime? After all, Skysha and Christina would each prefer being incarcerated for four years to serving six years. It is helpful to remember that each is acting independently. Neither knows what the other person will do, so each act in their own best interest. However, if either prisoner thinks the other will deny committing the second crime, that prisoner should confess to committing the crime to put the blame on the prisoner who denied it. In that case, the prisoner who confessed spends only one year in prison, and the prisoner who denies spends ten years in prison! It is never the best idea to deny, even if one prisoner believes the other convict will also deny. The circled outcome in Table 4 is the most likely outcome and is referred to as a Nash equilibrium. A Nash equilibrium is an outcome when no player can change his or her strategy for personal gain – assuming each player’s decision remains unchanged. 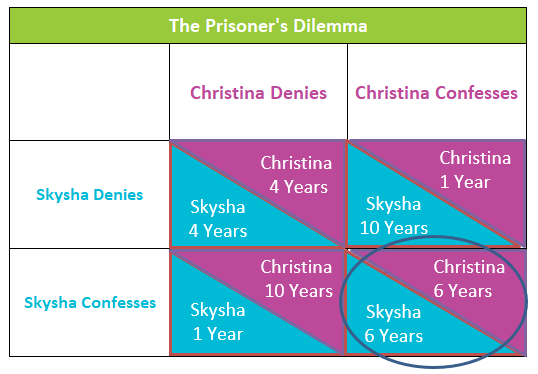