Representative money is paper currency that can be redeemed for a fixed amount of the commodity it represents. 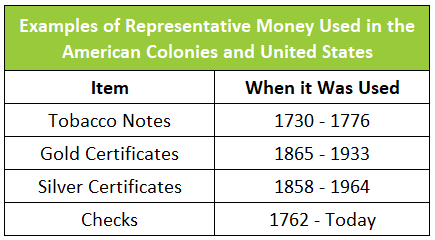