The Standard and Poor’s 500 Index, or more commonly referred to as the S&P 500, is a stock market index that measures the performance of 500 large publicly traded companies traded in the US stock markets.

The S&P 500 is frequently used as a benchmark when evaluating the performance of a fund manager, or stock portfolio because most financial analysts believe the S&P 500 index best represents the larger companies traded on the US stock exchanges. Included are large companies that are the leading companies in the leading industries. Approximately 75% of the value of all US companies are included in the S&P 500. Together, they represent the economy’s sectors, thereby providing a good representation of the US economy. Since stock prices are influenced by investor expectations of future profits, which in turn are affected by the strength of the economy, a change in the index is considered a leading indicator of the economy’s future and is included in the Conference Board Leading Economic Index.

Both the S&P 500 and the DJIA measure the US stock market’s performance and have similar movements. 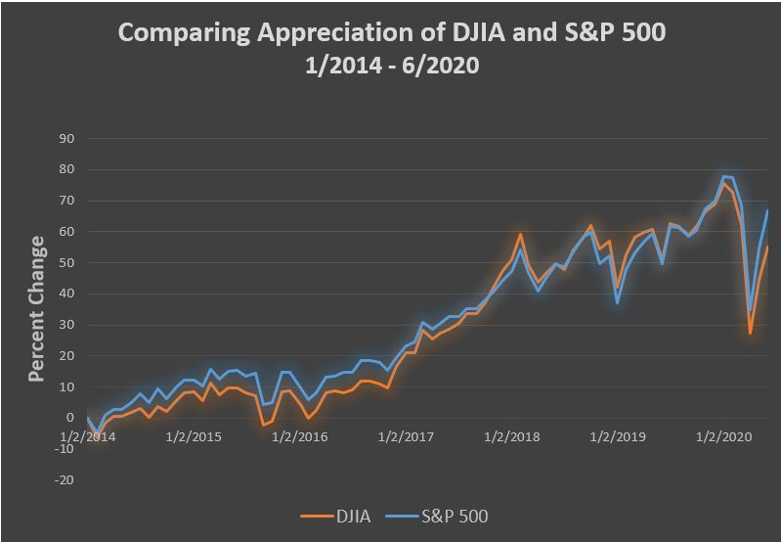