Definition of a Trade Deficit:

A trade deficit occurs when a country’s balance of trade is negative. In other words, countries with a trade deficit import more than they export.

The balance of trade measures the relationship between a country’s exports and imports. Mathematically, the balance of trade can be calculated by subtracting the value of imports from the value of exports. A country has a trade deficit when its balance is negative, and imports exceed exports. A country has a trade surplus when exports exceed imports. The United States has had a trade deficit since 1975 when its reliance on foreign oil and rising oil prices contributed to the increased value of imports. 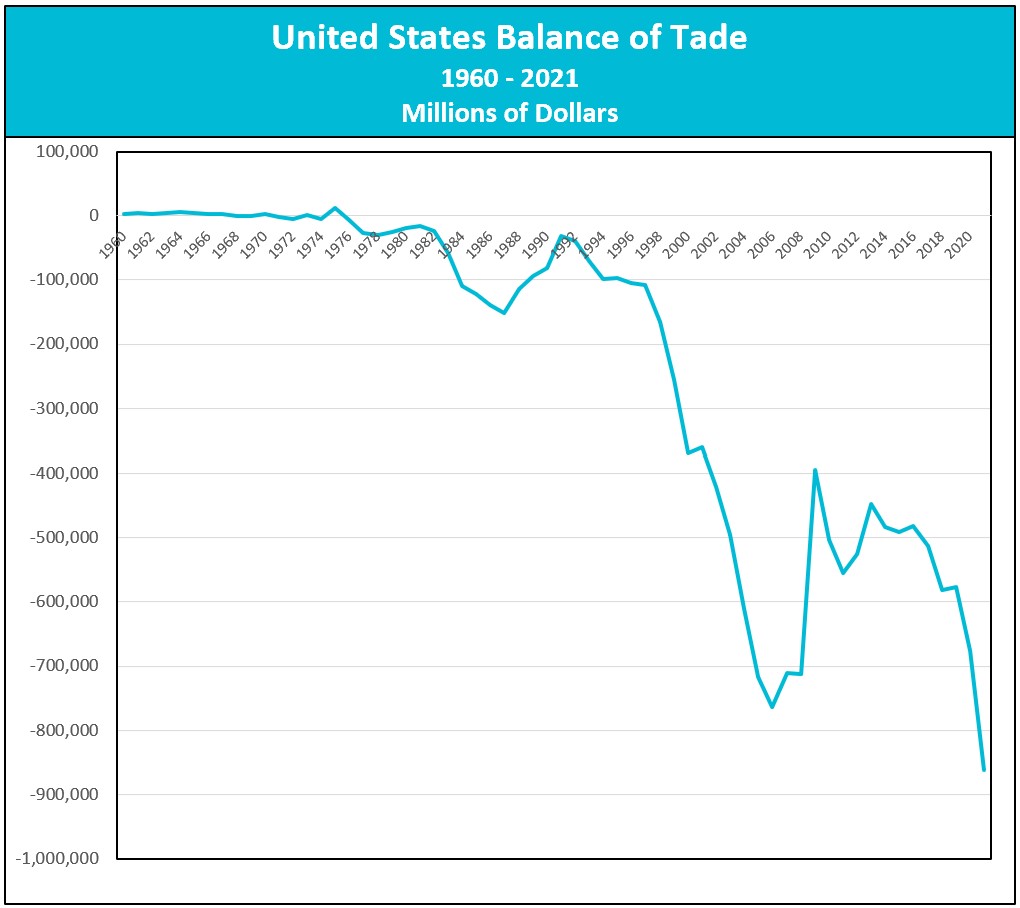 When one economy expands faster than its trading partners, the demand for goods and services provided by the trading partners will increase more than the demand for the economy. The graph provides the United States balance of trade between 1960 and 2020. The deficit ballooned between 2004 and 2008, and again during the global COVID-19 pandemic, because the US economy was growing faster than most other countries. Income and economic growth in the US increased the demand for imported goods relative to other countries, explaining the larger trade imbalance during this period.

The Chinese government has manipulated the exchange rate for the yuan to encourage exports. If the yuan had appreciated relative to the dollar, Chinese goods would have been more expensive for Americans to purchase. Furthermore, US goods would have been less expensive for Chinese consumers and producers. A severe recession in a country can decrease the value of its currency, which causes the price of its goods to fall relative to goods produced in other countries. In extreme cases, countries devalue their currencies during steep recessions to encourage exports and discourage imports.

During business expansions, a trade deficit can be beneficial by reducing inflationary pressures because the imports add competition. Recessionary periods benefit from surpluses because the added exports create jobs and boost GDP.