Definition of Velocity of Money:

The velocity of money is the average frequency a unit of currency is used to purchase a final good or service annually.

If a $5 bill has been used three times in a year, then the velocity of money equals three and the total purchases using the $5 bill must equal $15. Velocity is one of the variables in the quantity theory of money equation, M x V = P x Y, used to predict and explain inflation. In the equation, M is the money supply, V is the velocity of money, P is the price level, and Y equals the number of transactions in a given period of time.

The velocity of money has been remarkably stable over short periods so economists generally view V as being constant when using the quantity theory of money to explain inflation. (As we will see, this was not true during the Great Recession.) This means that an increase in the money supply must result in an increase in prices, output, or a combination of both. During periods of little or no growth, any significant increase in the money supply must manifest itself by a rising price level or increase in production. 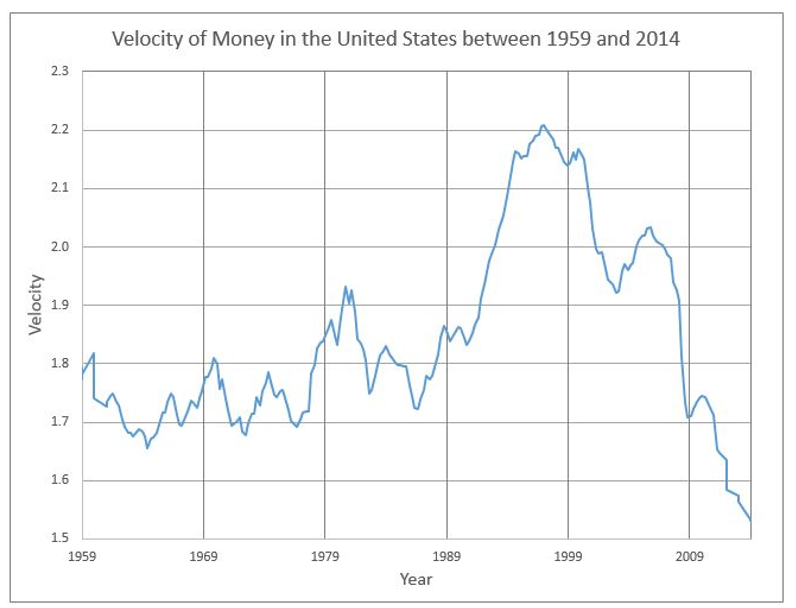 Source: Data in the graph above is from St. Louis Federal Reserve