For over 1,500 years the Silk Road provided land and sea trade routes that connected the East and West. Many routes were in place before 120 BC, but China's Han Dynasty was responsible for consolidating the routes that became known as the Silk Road. Silk was in high demand in western cultures. Land trading routes extended over 4,000 miles and connected Southeastern China to countries on the eastern Mediterranean. Sea routes extended trade from China to the east coast of Africa and as far away as Greece and Italy. 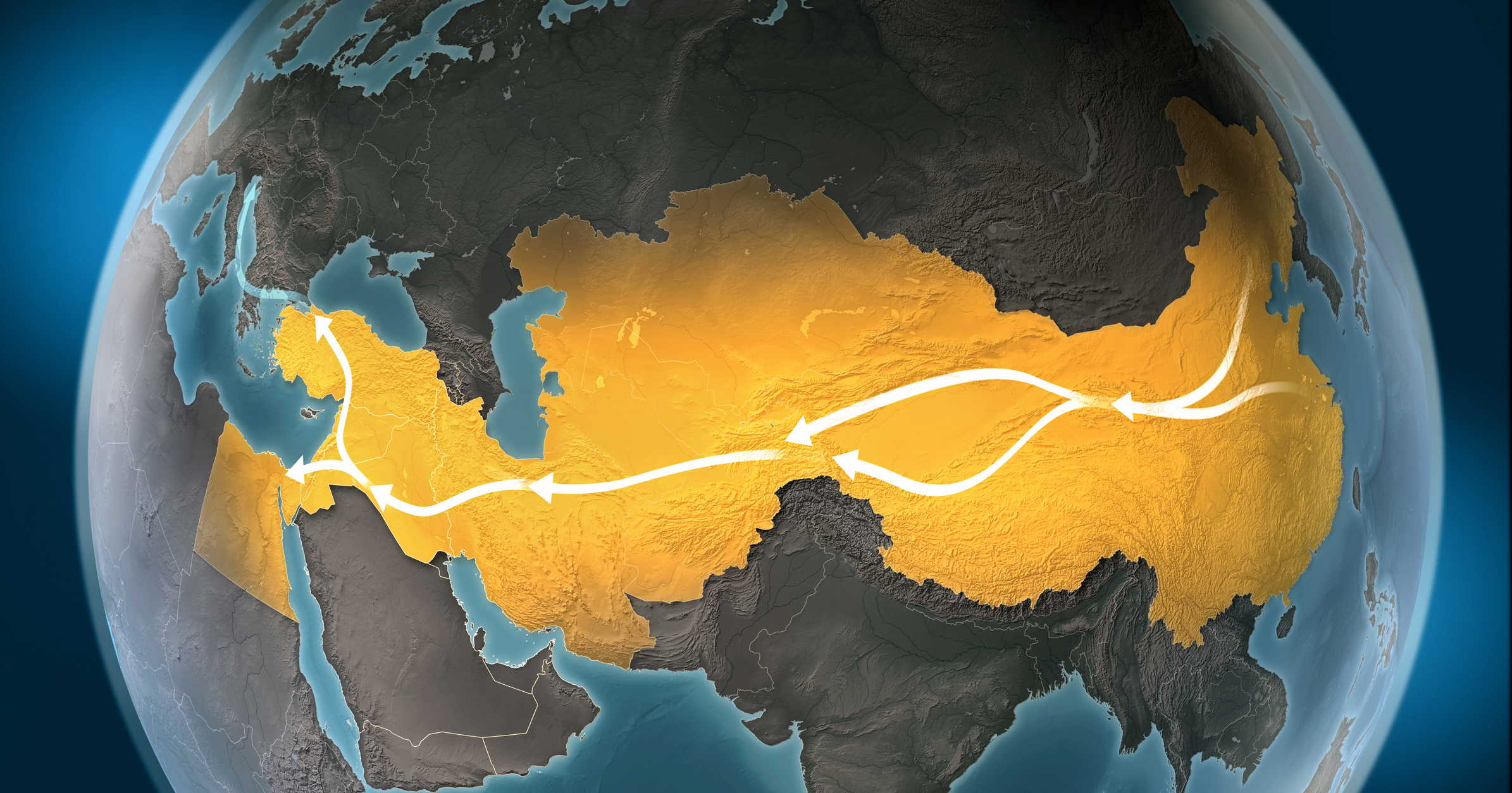 Why was the Silk Road Important?

The Chinese valued the horses that were bred in the Steppes of Persia. The rest of the world placed a high value on Chinese silk. Many other goods were traded including, but by no means limited to, gold, silver, glass, spices, perfumes, and pistachios. It is not surprising that the spread of Buddhism, Christianity, and Islam followed the Silk Road. Buddhism spread from India to China and beyond, Islam stretched throughout Persia, and the apostle Paul carried Christianity along the Mediterranean Sea between the Holy Land and Greece. Later, Christian missionaries traveled the Silk Road to bring Christianity to the East.

What was the Silk Road Route, and how is that important today?

The Silk Road traveled through areas that are today some of the most isolated and unstable regions of the planet -- countries like Afghanistan, Somalia, Iraq, and Syria. Trade and economic prosperity could enhance stability in the region. The US policy to promote the area includes establishing regional trading agreements and attracting much needed investment capital, with the goal of creating economies independent of international aide. The area is in desperate need of order and an infrastructure to appeal to potential investors. The Asian Development Bank, China's version of the World Bank, concluded the region needs to invest $800 billion annually. China established the Asian Infrastructure Investment Bank and pledged $100 billion in initial capital. (Building the New Silk Road, Council on Foreign Relations, May 22, 2015)

The international community has been involved in many of the projects to improve trading infrastructure for nearly two decades. Mr. Wade Shepard listed many projects that are considered part of the Silk Road that are not being built or financed by China in an article that appeared in Forbes on October 14, 2016. A few of the projects he listed are:

How is China Involved?

China wants to be more involved. The New Silk Road, or "One Belt, One Road", is one of President Xi Jinping's pet projects. China plans to invest $1.4 trillion (NBC News) in ports, railways, and pipelines of 68 nations along the old Silk Road. According to President Xi Jinping, One Belt, One Road will bring nations together in trade and encourage peace, stability, and economic growth. Of course, President Xi Jinping is also seeking markets for goods that Chinese companies are over producing such as steel and cement. (Bloomberg) He is also seeking stable supplies of energy for China. Examples of investments being made include a $46 billion investment in roads, rail service, and energy in Pakistan and a $250 million rail terminal that will open Asian markets for Kazakhstan. Kenya will receive $480 million to build a deep-sea port in Lamu, which will easily connect to highways, rail, and a pipeline. (Charlie Campbell, Time Magazine, May 18, 2017)

What are the concerns?

Like the ancient Silk Road, more than goods will be traded. Many world leaders fear China's rise in influence and the lack of transparency in the agreements. Sohrab Ahmari wrote an article for June 1, 2017 The Wall Street Journal about how the US and China differ in negotiating trade agreements. In the past, the US has favored regional trade agreements, such as the proposed Transatlantic Trade and Investment Agreement between European nations and the US. The Chinese strategy is to negotiate separate terms with each nation. Broader agreements level the playing field and result in more transparency because each partner must abide by similar rules. Imagine that you are a leader of a third world country with large deposits of natural gas. Chinese leaders propose providing your country with the capital to build the infrastructure needed as well as the market to purchase your gas. It would be very tempting to accept the offer under almost any terms – including Chinese influence. In the past, you may have looked to the US for assistance, but President Trump's America First policy concerns you. President Trump has mentioned tearing up existing agreements and renegotiating separately with each nation, much like China.

Negotiating separate agreements will cause friction with the European Union and China. Daniel Rosario, the EU's spokesperson on trade was quoted in The Wall Street Journal, "it was not possible to confirm our joint commitment to international trade rules and to a level playing field for all companies." (WSJ May 15, 2017) In theory, the development of infrastructure should benefit everyone. Trade enables countries to use their comparative advantage. All nations benefit. Trade builds understanding by bringing nations together to further mutual interests. However, trade needs to promote competition not restrict it.