Tuesday, January 03, 2017
Every year has its surprises, and 2016 was no exception. Globally there was a rejection of business as usual and a movement away from globalization. As in every year, new products caught our attention and new innovations provide promise for our future. Some developments force us to re-evaluate issues such as immigration, trade, and privacy. Here is our list of events related to economics. Please share the list with teachers and economics students who you believe may be interested in reading it. As always, we welcome your input. 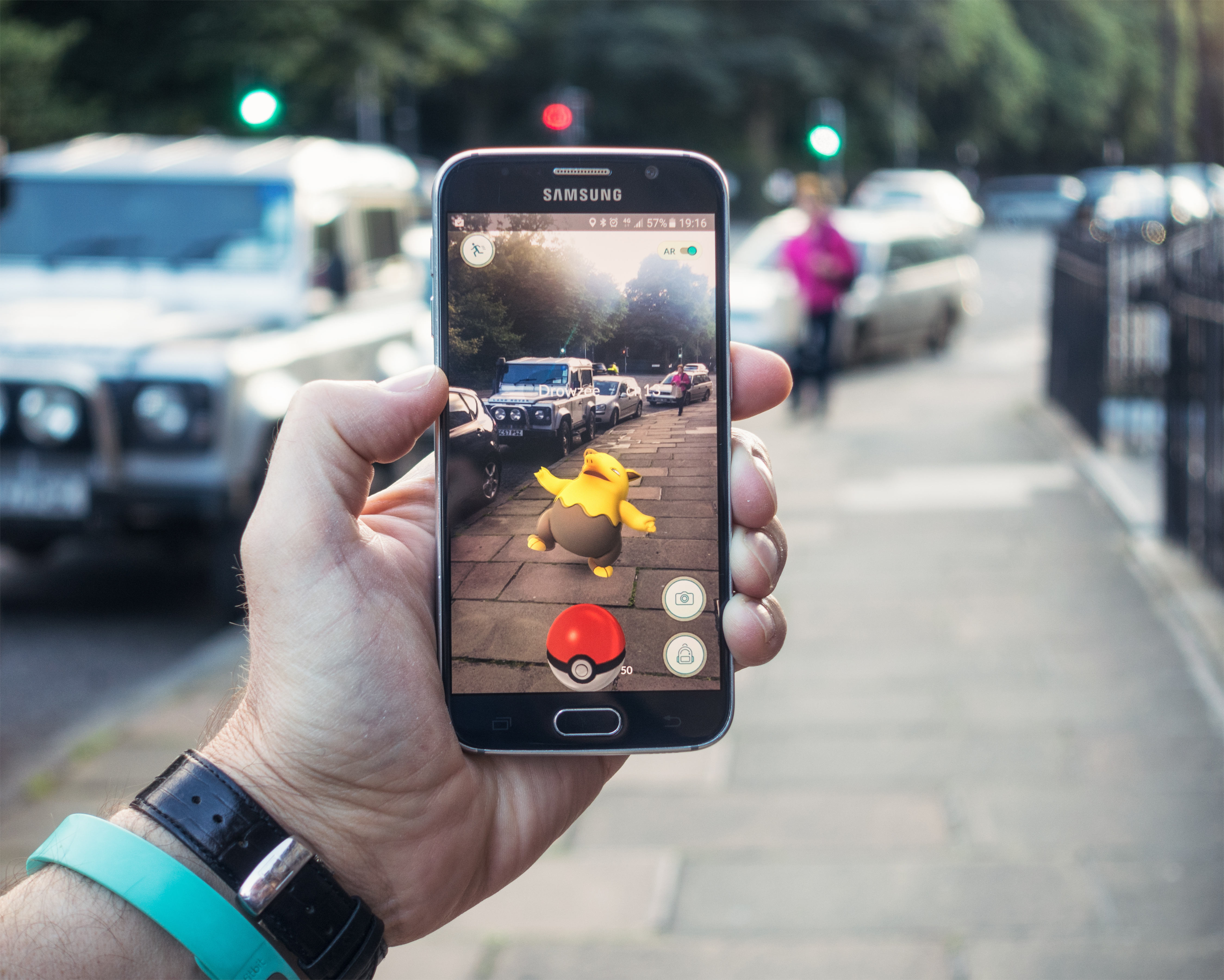 In July, Nintendo released the smart-phone action game Pokemon Go. It became an immediate hit for people of all ages. It topped Apple Inc.'s free app downloads. Within a few months, the game had been downloaded a record 600 million times! Players walk around collecting supplies and engaging in Pokemon battles. It is addictive. There have been a few instances where players have become so distracted they have injured themselves. On the plus side, it encourages walking.


9. Apple Inc.'s Legal Battle with the FBI over Encryption

Terrorists must communicate in order to carry out their heinous acts. Following the terrorist shootings in San Bernardino, CA last December the FBI acquired an Apple iPhone 5C used by one of the attackers. The FBI requested Apple Inc.'s help in retrieving encrypted information on the phone after being unable to crack the code. Apple refused on the grounds that it needed to protect a user's privacy. Encryption facilitates the secure transfer of information which is vitally important for Internet commerce. Russians intercepted messages in an effort to influence the US election. Is personal privacy more important than assisting the FBI in cracking a terrorist cell? That question was never answered. Eventually the court battle was dropped because the FBI was able to secure the messages. However, the debate will continue into 2017. 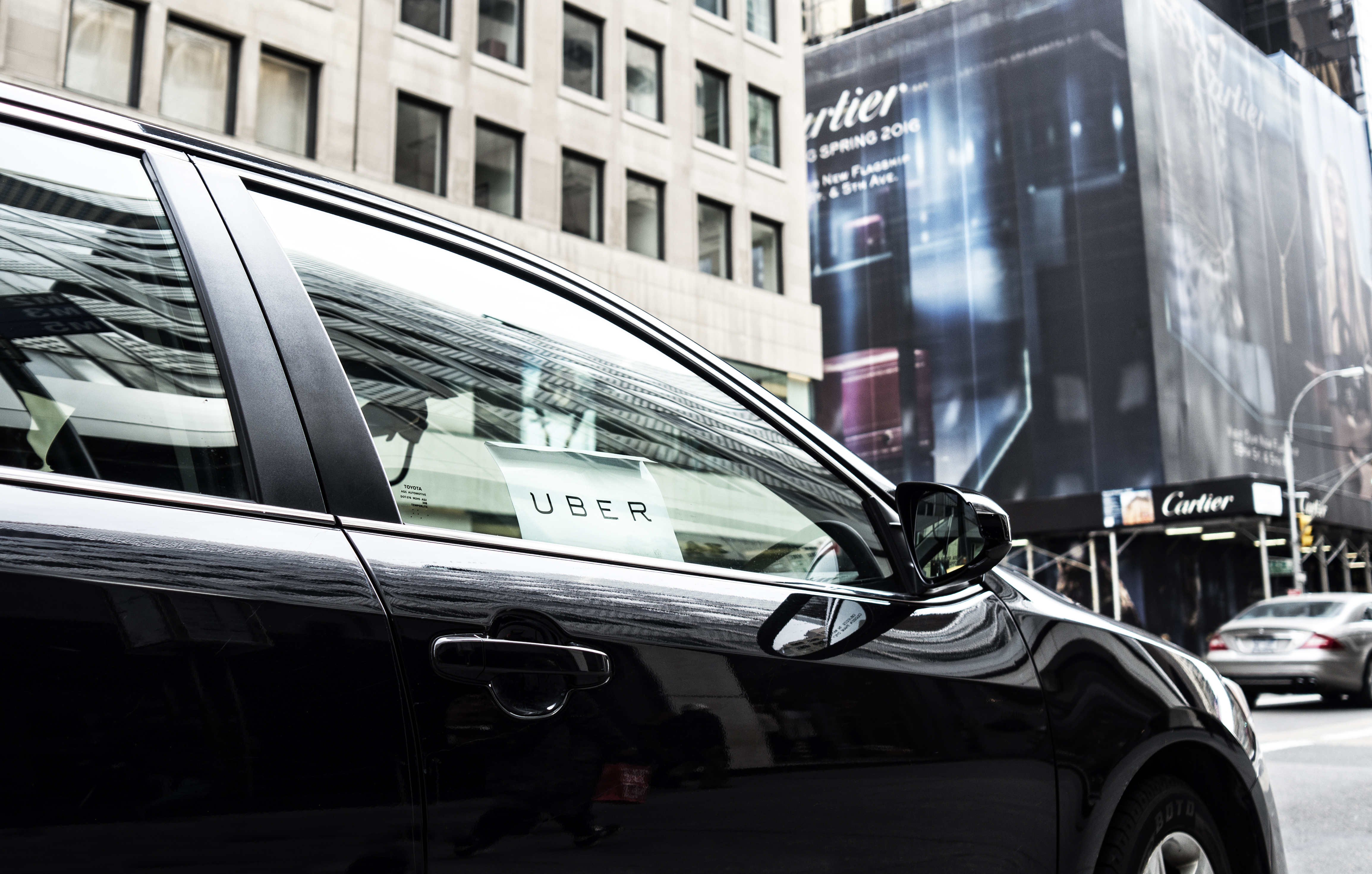 Driverless cars are only one of several examples of the increasing influence of artificial intelligence and robotics. The use of robotics in manufacturing, household chores, distribution, and even surgery has expanded. To learn more read our Uber and Driverless Taxis. 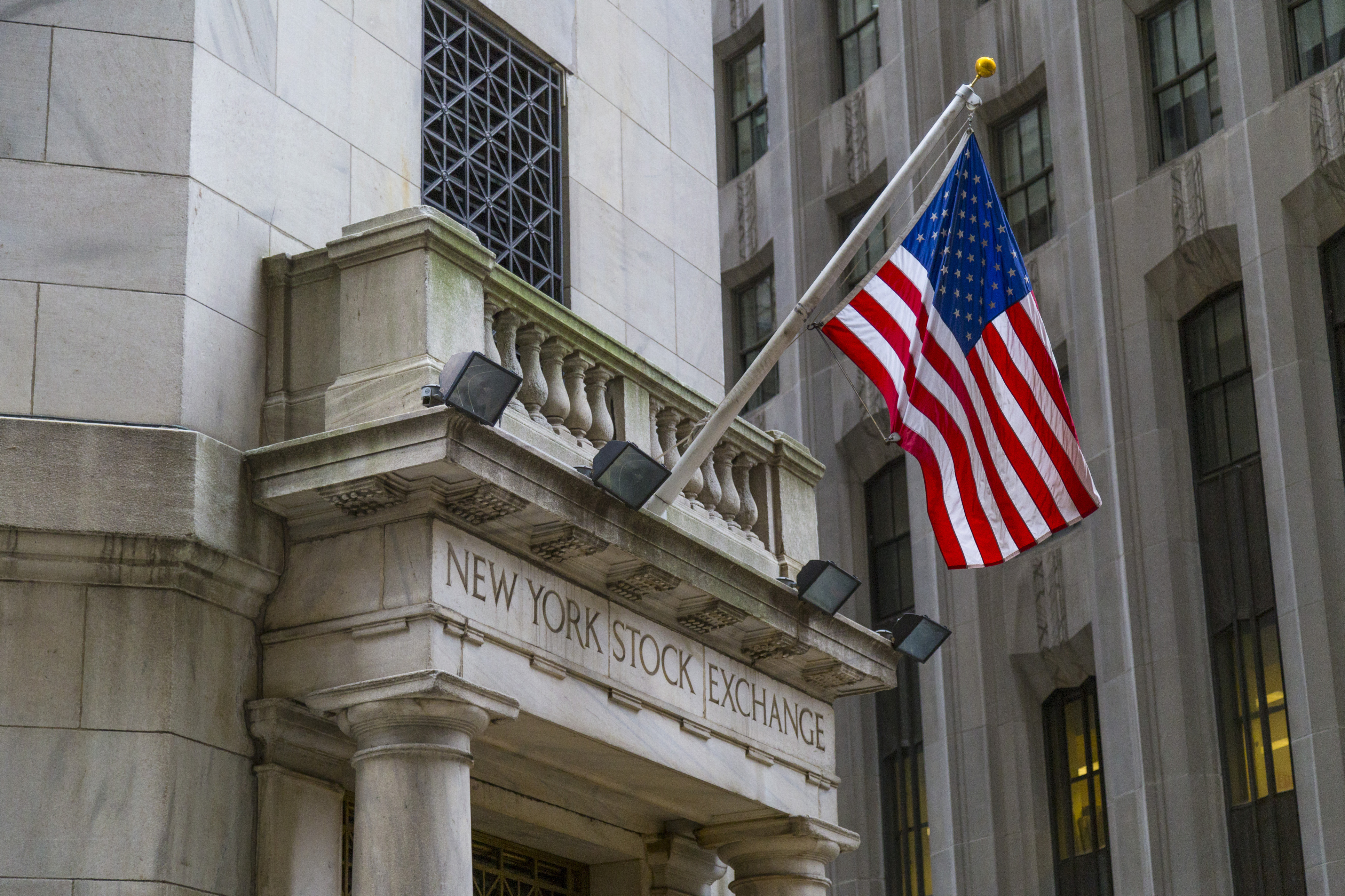 On December 16th, I wrote a blog after the Dow Jones average climbed to within a few points of 20,000. Since then it has dropped – but still the Dow Jones has had a remarkable year. It closed 2016 at 19,762.6. Please visit Dow Nears 20,000 if you are interested in why the average has climbed to record highs. Follow us on Facebook or Twitter if you would like to be alerted when it reaches 20,000!

6. US Economic Recovery – yet a feeling of malaise continues 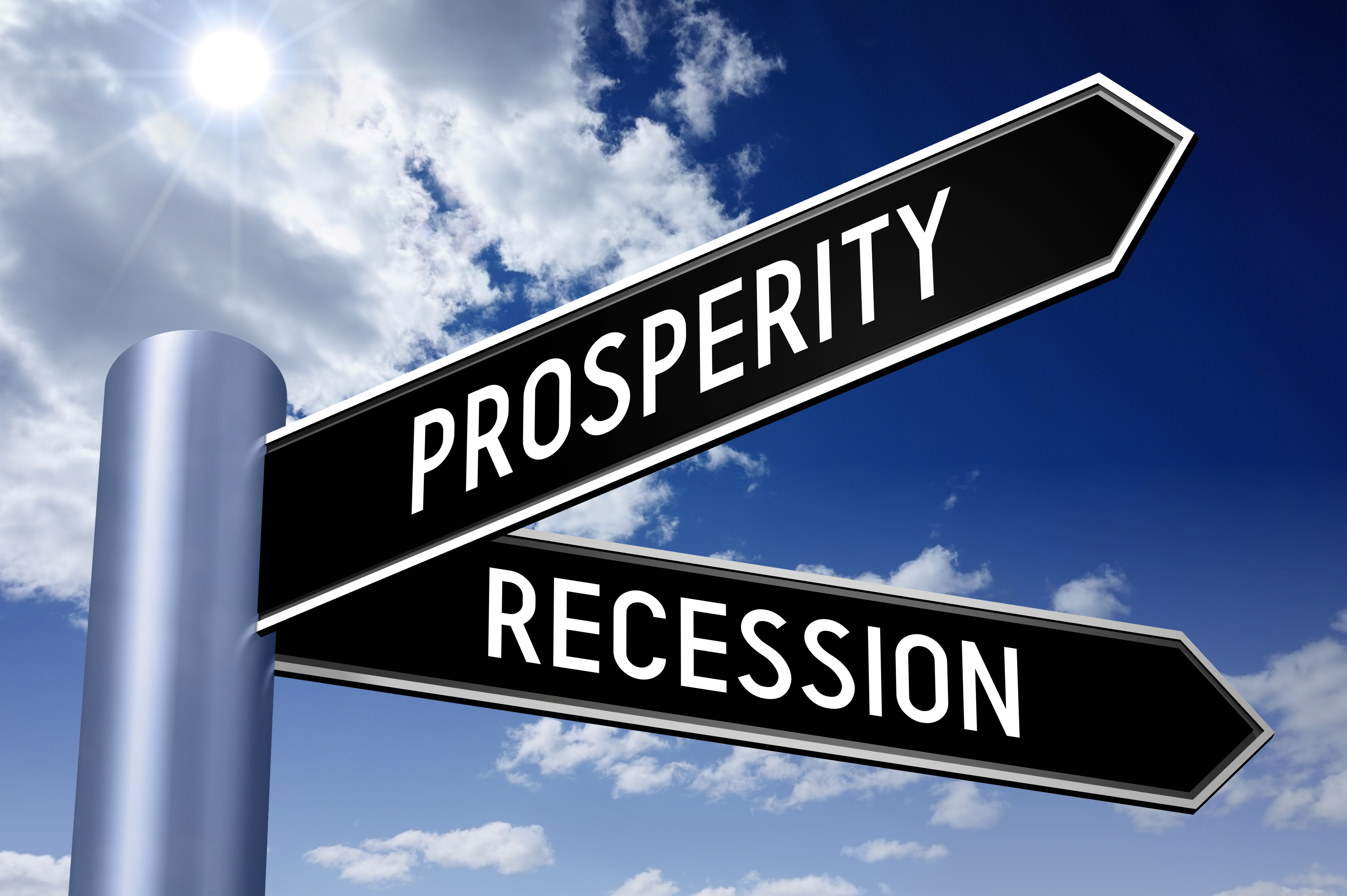 The theme of the year has been malaise. The US economy has improved substantially. The real gross domestic product increased at an annual rate of 3.5 percent in the third quarter according to the most recent report by the U.S. Bureau of Economic Analysis. Unemployment has dipped to 4.9 percent from 10 percent in 2007. Most economists believe lower unemployment levels would be inflationary. Wages are beginning to rise. They increased 0.4 percent in October. Inflation remains low. The dollar has shown strength against most currencies.

Normally this news would be welcome, but for some reason malaise remains. Many of us feel excluded from the party. President – Elect Donald Trump and Bernie Sanders recognized these feelings in their campaigns. (More on this later.) One reason is the widening gap in income between the "elites" and the average working family. 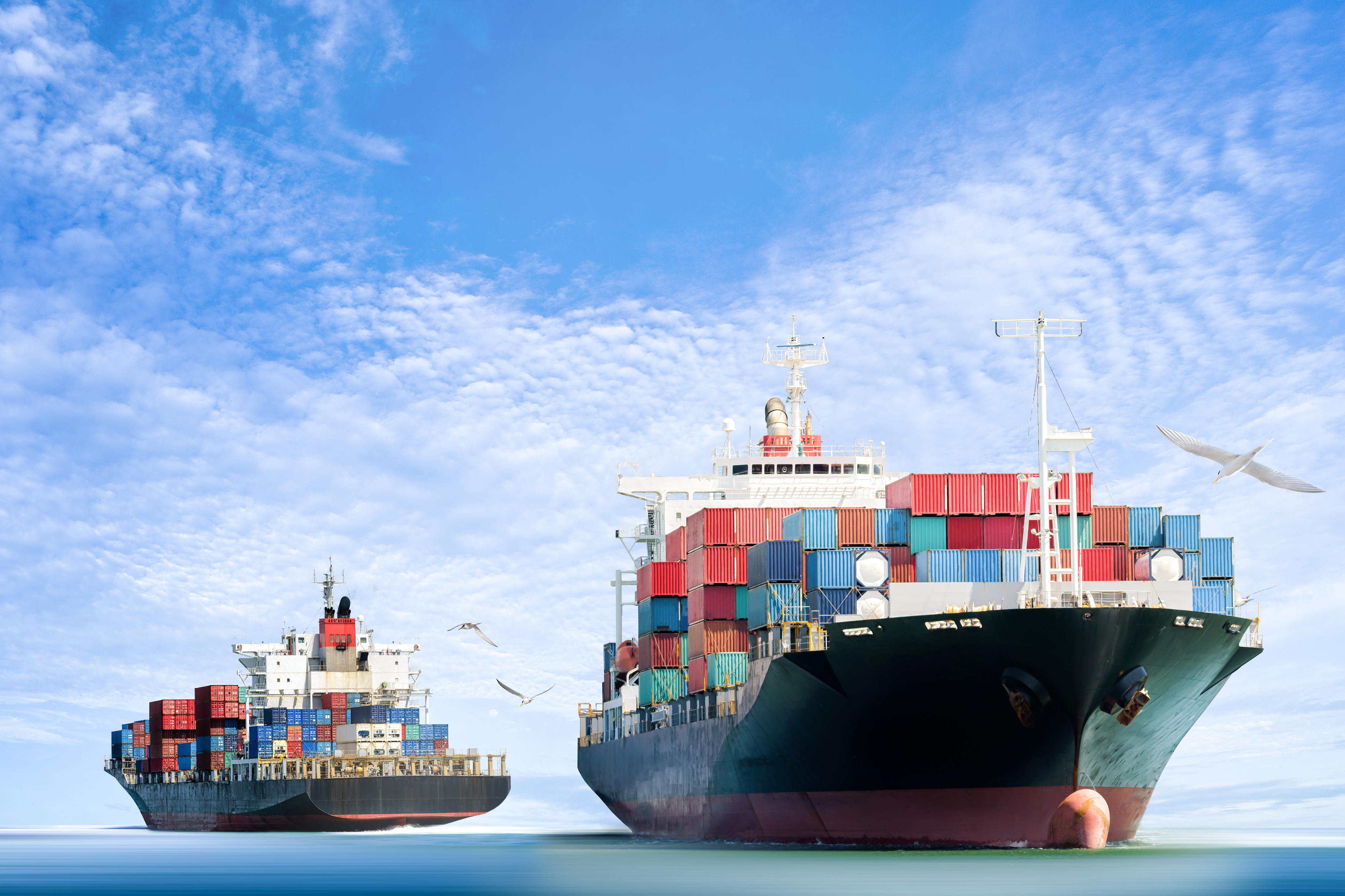 For decades, "globalization" and free trade have been the dominant policy. Trade agreements such as NAFTA (North American Free Trade Agreement) and TPP (Trans-Pacific Partnership) have been negotiated. Europe established the European Union to encourage trade between nations. The feeling of malaise mentioned earlier has been felt in many areas of the world and has contributed to the emergence of protectionist policies. Great Britain's Brexit (more on this later) shocked many of us. Many in Britain resented the leadership of the unelected officials in Brussels, the headquarters of the European Union.

In the United States, most of the presidential candidates pounced on the trade issue to protect American jobs. President-elect Donald Trump has vowed to tear up the TPP agreement. He wants to renegotiate with Mexico. He recently suggested imposing a five percent tariff on imports. His objective is to reverse the trend of outsourcing where manufacturing is moved to other countries, costing American workers their jobs.

Protectionist measures have also triggered a will to tighten borders. 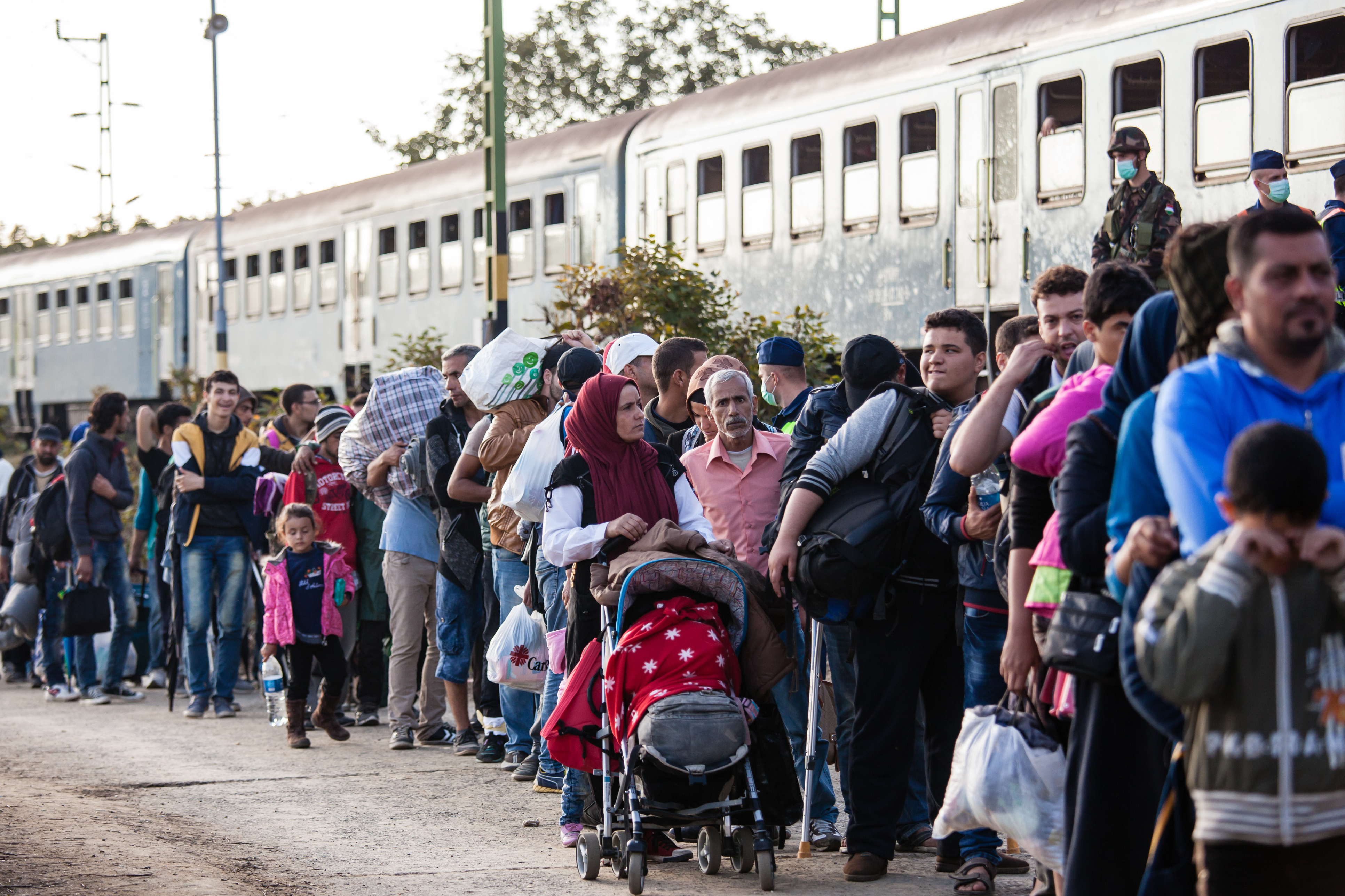 The flow of refugees continues. In 2015, over one million people fled countries seeking asylum and a better life in Europe. The flow slowed in 2016, but the economic impact remains. Providing for the refugees is expensive. Yet, in several years most will become contributing members to their new economies. Economists refer to the production possibility frontier as the boundary of a nation's economic potential. Increasing the labor force pushes out the frontier. More workers increase a nation's aggregate demand, which in turn generates additional profits as companies seek to meet the demands. American history has been full of waves of immigrants from all over the world who ultimately became productive citizens. It is one of America's strengths.

The mass migration will be a key issue in the next European elections, especially Germany and France where some hard-line parties have increased in strength. My prayer is that accepting refugees is a win-win. I hope and believe countries like Germany that have been generous enough to accept refugees are diligent in evaluating asylum seekers as to minimize the resulting violence and growth of radical elements. Furthermore, I believe eventually these countries will benefit economically from the influx of productive workers. 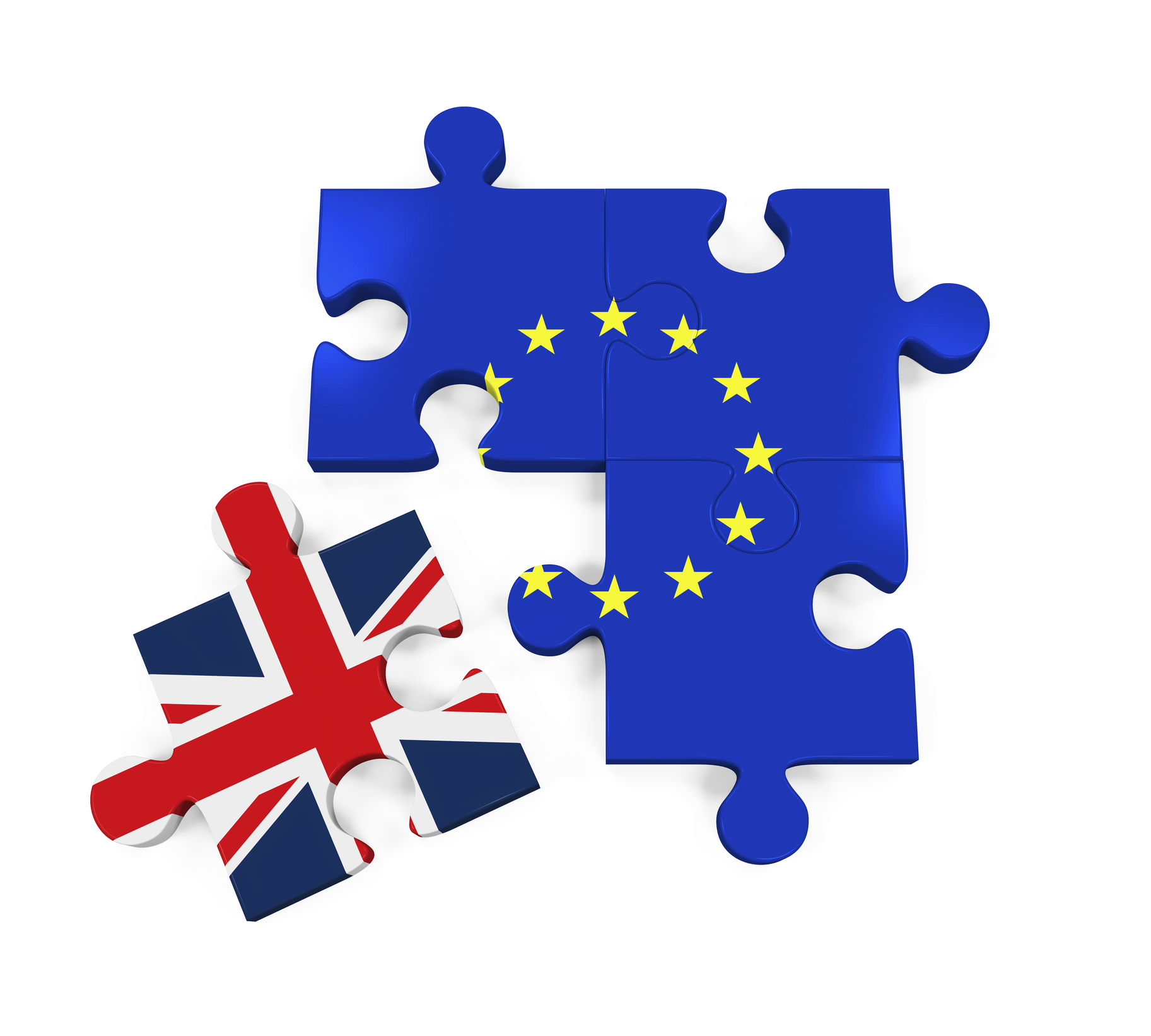 On June 23, 2016, British voters chose to leave the European Union. Prime Minister, David Cameron resigned and was replaced by Theresa May. Financial markets responded negatively to the news. Most have rebounded, but the pound sterling is still weak. The European Union is a block of 27 countries that act as a single market with no trade barriers and free migration across borders.

Negotiations will begin soon on two key issues: trade agreements between Britain and the member nations and the migration across borders. For more read our blog, Brexit – The Votes are In that was posted on June 24th. 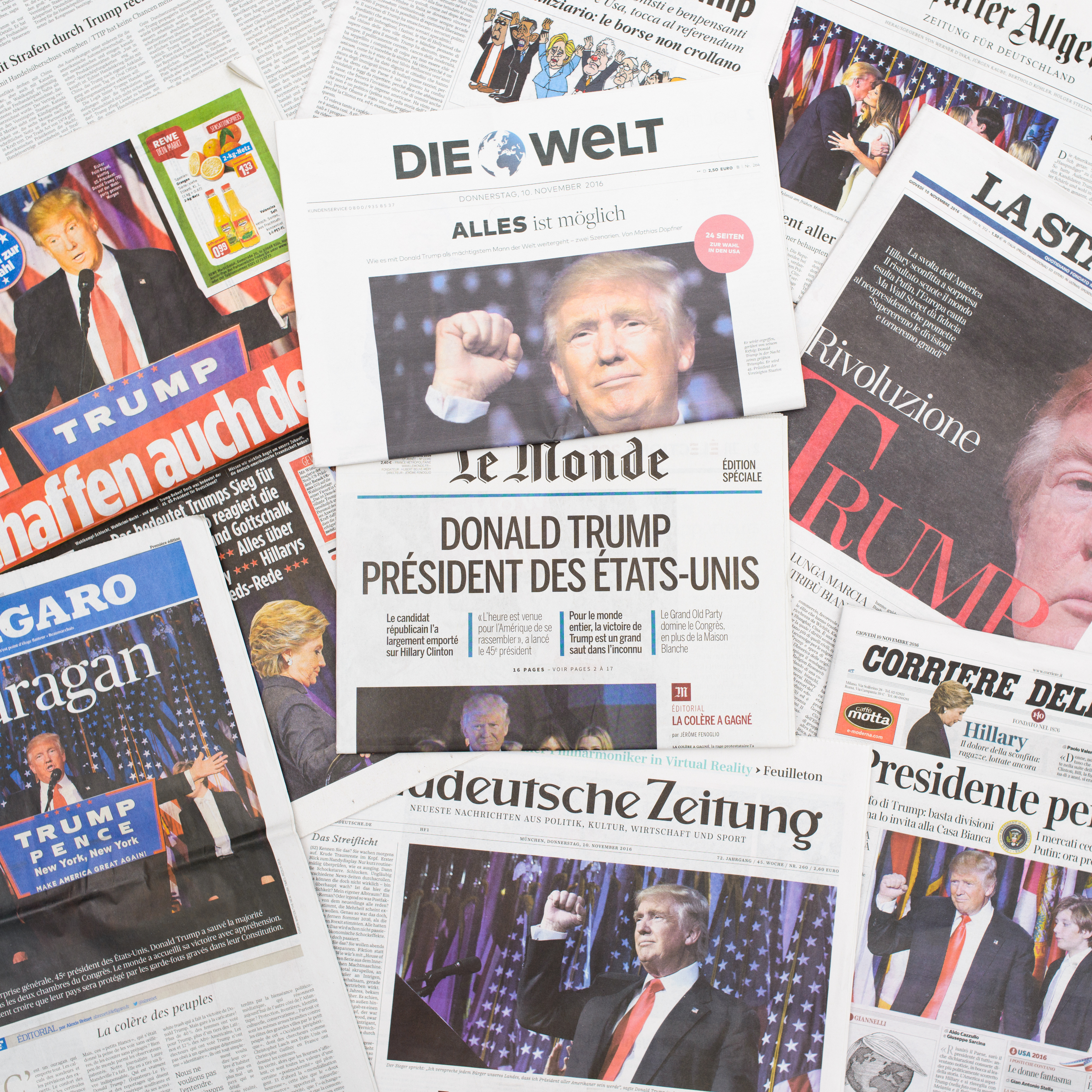 Late in the evening on November 8th, it became apparent that Donald Trump was going to be the next President of the United States. The financial markets had a sharp decline. Few had predicted a Trump victory. That is partially because it was the elites and well educated that were making predictions. Few understood the deep-rooted divide in the United States. Buoyed by people who felt the economy had left them behind and felt threatened by changes, Donald Trump rode to victory. His message, "Let's Make America Great Again" resonated among those who felt threatened by other nations. His message was to block companies from sending their work to other countries. He has proposed a tariff on imports with the objective of making foreign goods more expensive in the US, thereby lowering the quantity demanded of those goods and increasing the quantity demanded of goods manufactured by American competitors. He proposed drastically limiting the immigration of Mexicans and Muslims. His message is that these groups threaten our security and take away jobs.

Since his victory the markets have rebounded to record highs. Wall Street called it a "Trump Rally". Many businesses will benefit if his proposed increase in infrastructure and military spending come to fruition. Others would benefit from fewer regulations and lower taxes. 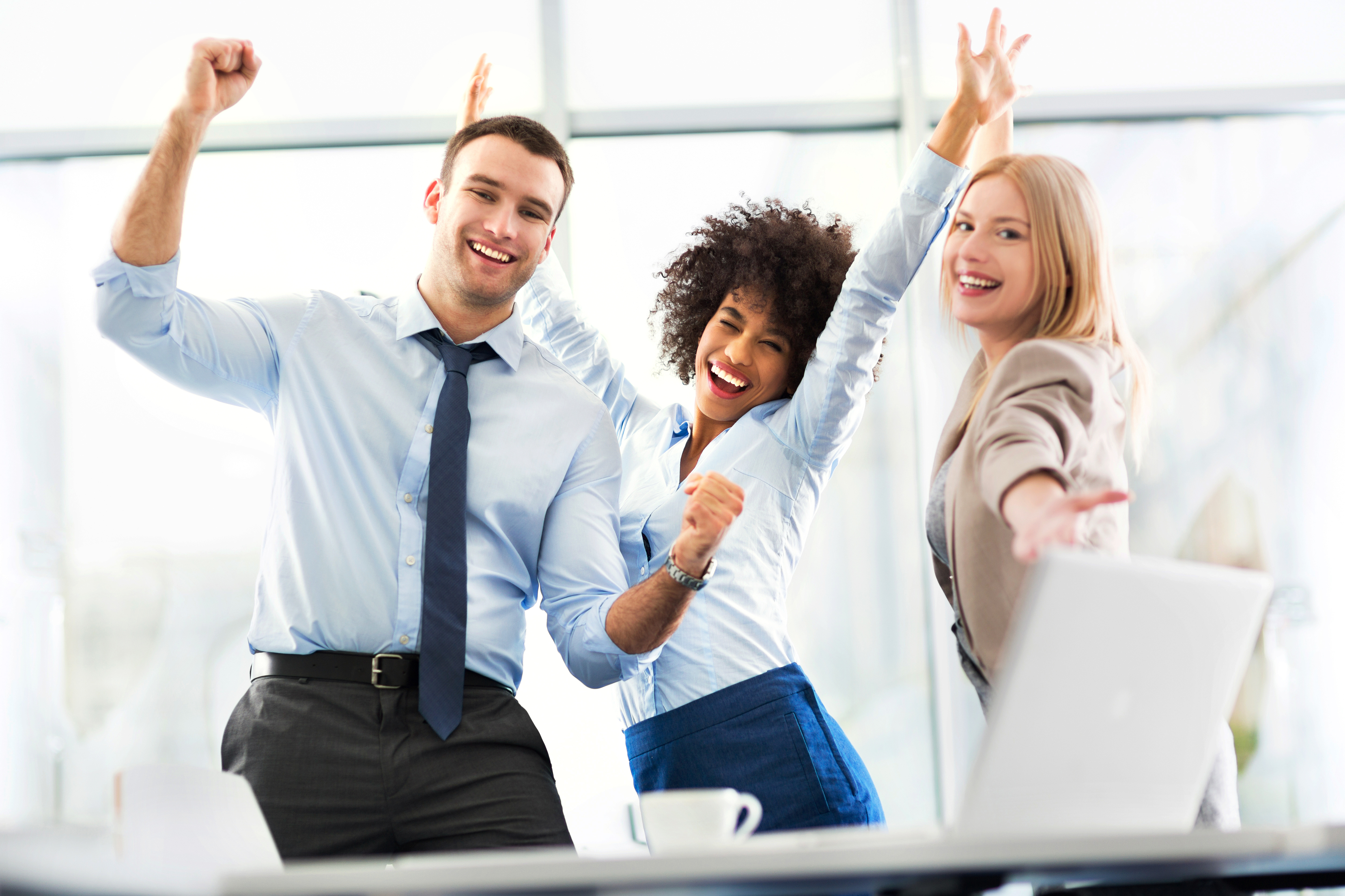 Microeconomics is about individual choices. Chances are some event in 2016 impacted your economic life more than any of the events listed above. Hopefully it was a positive development such as landing a new job that you love, or receiving a large promotion. Perhaps you started a business. Maybe you graduated, married, or had a child. Any of these events will have large economic consequences for years.

Hopefully your most impactful economic event did not result from adversity such as a loss of job, or severe decline in your business's profits. I hope you were not hit with a divorce or health challenges in your family.

We hope your 2017 is better than 2016. Our Nigerian contributor furnished this wish..

"May the New Year give you the strength to face the challenges of life, courage to adjust the sail so as to take every situation to your stride."

That is our hope for you as well. HAPPY NEW YEAR