Investors of bitcoin are not faint of heart. Their wild ride took them from a low of $29,807 to a high of $67,567 in 2021 (Yahoo Finance), with daily swings in value exceeding 5% on 214 occasions. (That is the equivalent of the Dow Jones Industrial Average moving approximately 1,800 points in a day.) What caused the massive changes in value? Supply and demand, of course! The demand for bitcoin has been a tug of war between speculators and investors who believe the blockchain technology and the use of bitcoin as a currency is the wave of the future, and prominent economists and investors who believe bitcoin is the next investment bubble.

Bitcoin is a digital currency that has an electronic payment system. So is bitcoin a fad, or is it here to stay? Is bitcoin money? Some, myself included, would argue it is not money yet. The Wall Street Journal posted a terrific video illustrating several problems using bitcoin as a currency. In it, the WSJ’s Thomas Di Fonzo uses bitcoin in several New York establishments. He purchases a $10 pizza for $76 for lunch. But he must wait until that evening before his order has been processed and prepared. Currency has three functions: store of value, medium of exchange, and measure of value. This blog looks at each of these functions as they relate to bitcoin.

A medium of exchange can be anything that is widely accepted as payment for a good or service. Most countries use their currency, but stones, salt, gold, wampum, and tobacco have been used as a medium of exchange. 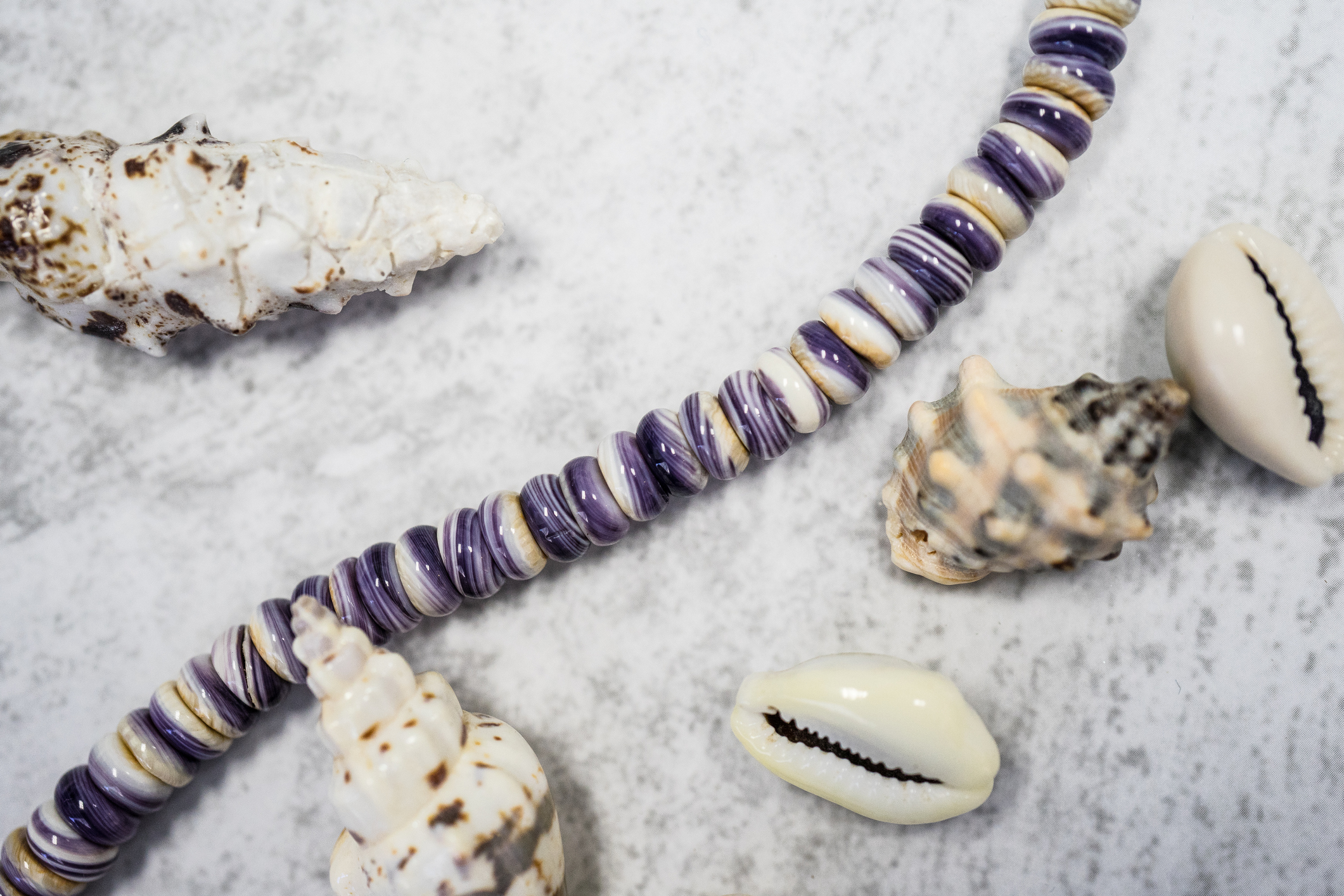 Image from Stock
Wampum, beads made out of seashells, was used as a medium of exchange in early Colonial America.

How about bitcoin? Bitcoin is becoming more widely accepted as payment. The number of bitcoin transactions has grown from less than 10,000 per day in 2011 to over 300,000 a day in 2021. (See Blockchain for a daily report on transactions.) A 2020 survey by HSB concluded that 36% of small to medium-sized businesses accept bitcoin. Many reputable establishments, including AT&T, and Microsoft accept bitcoin. (For a more comprehensive list, visit Who Accepts Bitcoin as Payment. But, at the beginning of 2022, most retailers do not accept bitcoin.

How do you respond when you are paying for a good or service using a credit card and the card reader is slow…real slow…perhaps it takes two minutes to process your payment? I confess, I get impatient and either forget the purchase or pull out cash. I do not think I would be willing to wait 10 minutes (or several hours, as in the case of Di Fonzo’s pizza) for my bitcoin transaction to be approved. Blockchain reported that it took 2,214 minutes to process a transaction on February 4, 2018, at 1 p.m. (Blockchain Median Confirmation Time) In December 2021, most transactions took less than 10 minutes. By comparison, Visa processes approximately 430 million transactions a day (Visa, Inc. Q3 2021) or over 1,000 times more than bitcoin. Visa processes most transactions in less than 30 seconds. Now assume there are fees associated with purchasing an item using bitcoin. For me, bitcoin is not the medium of exchange I would choose, and let’s face it; I am not alone.

Money or currency must be a store of value. Store of value means that the currency must retain its value. In our example above, there are two possible reasons why the pizza price was so high. Suppose you are the owner of the pizza restaurant. You set your prices every day, first thing in the morning. This morning a bitcoin was worth $50,000, so you price your $10 pizza at 0.0002 bitcoin. Later that day, the bitcoin price fell 25 percent, so the .0002 bitcoin you accepted is now worth $7.50! You lost $2.50 because you took bitcoin. How could you protect yourself as a business owner? You could add to the bitcoin price to reduce your risk. (By the way, it is not inconceivable that the price would drop 25% in a day. The price fluctuated more than 25% four times in 2021.)

Another possible explanation for the high price of Mr. Di Fonzo’s pizza is the value of bitcoin had appreciated since it was priced. Again, assume one bitcoin was selling at $50,000 when you, as the restaurant owner, set your price at 0.0002 bitcoin, which would be a price of $10. The value of bitcoin jumps to $62,500. The pizza now costs $12.50. That’s great for you, but your customers probably won’t be pleased. Each of these examples illustrates how bitcoin fails to retain its store of value.

Consumers also need to measure the value of one item versus another item. Because money is expressed in units of a currency, money acts as a measure of value that enables people to compare the value of different goods and services. Shoppers can use bitcoin; however, its volatility makes the job much more difficult. Any comparison would need to be made at a specific moment. Imagine making some improvements to your home and accepting bids from two individuals. A builder bids one bitcoin on a Monday, and on Wednesday, a second builder bids 1.25 bitcoins. A comparison is straightforward with a stable currency. But what if the currency is volatile? You phone the Monday vendor and tell him that he has the job, only to learn that because bitcoin’s value has decreased 50 percent, he needs to increase his price to 1.5 bitcoins. You tell him sorry, but you are going to accept another bid. After hanging up the phone, you call Wednesday’s vendor to inform her that she has the job. But she tells you her price has increased to 1.6 bitcoins! It is difficult to compare values when the value of the underlying currency is unstable. Comparing two bids is easier when made in a stable currency.

It should be safe to hold cash, but holding bitcoin is risky. Bitcoin does not meet the currency tests because its volatile value complicates transactions and detracts from its acceptance. The most common choice among vendors is not to accept bitcoin because sellers do not feel comfortable that the currency will maintain its value. Accepting bitcoin as payment is really speculating in its appreciation, and most business owners have chosen not to take the risk. A more stable bitcoin would improve its store of value, make it an easier measure of value, and help it act as a medium of exchange by increasing its acceptance. Only time will tell whether the value of bitcoin is stable enough to become more widely accepted as a currency and not as a speculative investment.

So, what has caused all the excitement? Investors! Read What’s in a Bitcoin to learn more about the supply and demand for bitcoin and the excitement over blockchain technology.